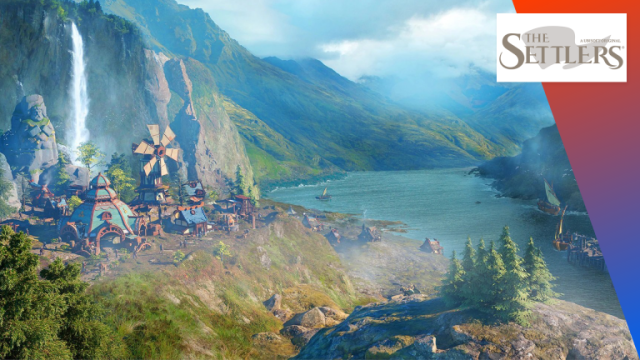 The Settlers, Les Colons dans la langue de Molière, is a cult RTS saga from Ubisoft. She returns in a brand new reboot.

Developped by Ubisoft Dusseldorf, the The Settlers reboot experienced many developmental difficulties. Originally the project was a new opus in 2014, finally became a reboot in 2018 then postponed until 2020… After which we had no more news. Fortunately, the wait for fans is over since we now know the release date of the game and that a beta will start very soon.

Ubisoft Düsseldorf, a studio previously called Blue Byte, therefore announces The Settlers for March 17, 2022 on Ubisoft Connect and Epic Games Store. The reboot is already shaping up to be a feast for the eyes and the creative director of The Settlers, Christian Hagerdorn reminded him well polygon by contrasting it with certain RTS such as StarCraft: The Settlers is a game where you take your time.

You watch these games, huh? Sometimes people lower the graphics quality in other games just to be able to see all the action quickly. It is the exact opposite of our game ; we want people to be able to enjoy it, immerse themselves in the world, follow this guy who cut down a tree and bring him back to base, and see what happens.

Indeed, The Settlers is a game that puts you in the concrete, not just based on statistics. Fans will appreciate the fact that the game is mainly inspired by The Settlers 3 and The Settlers 4, two of the most popular titles.

Nothing is an abstract stat hidden in the menus. You craft weapons, it’s literally a crafted weapon in the game; you see the iron and coal it requires. Then there is actually a person who will take this sword and train.

In fact, The Settlers will therefore ask you to take your time: if you don’t have wood, you won’t have a training ground, and therefore no soldier will defend your base. Everything is thought out that way.

A beta will soon be launched

Forced to leave their home islands after a devastating earthquake of mysterious origin, the settlers set sail into the unknown in hopes of finding a new home. Not only will they face countless new challenges, but they will also become part of an ancient mystery that will change their lives forever.

Get ready to set sail for the unknown, to explore, conquer and colonize new islands in a new medieval fantasy world!

Experience the journey alone or with friends in an online multiplayer mode that offers thrilling skirmishes and loads of fun.

Description of the game on Ubisoft Connect

Little is known about the game’s storyline yet, other than that it will involve three different factions : Elari (those who have left their homes), Maru and Jorn. The latter will not be playable in the closed beta, which will launch on January 20 on PC. You can register on the game website in order to be kept informed of the terms of registration for this beta.

The Settlers will be released on PC on March 17, 2022. For those who would like to know more, see our preview released in 2019 at gamescom.