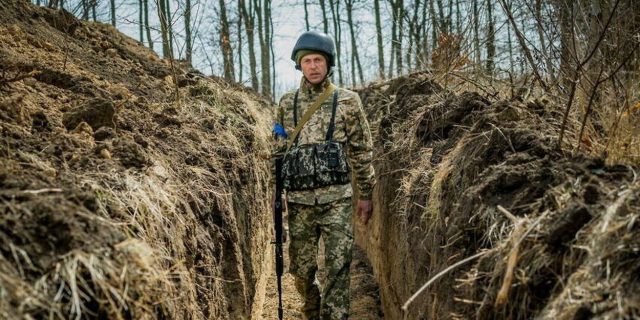 LEuropeans believed in “never again”. The war, they thought they would now wage against inequalities, injustices or global warming. Sometimes terrorists too, but far from home. And now, on February 24, 2022, war, the real one, returned to European soil, to Ukraine, on our doorstep. The conflict provoked by the “neotsar” Vladimir Putin has already caused thousands of deaths, millions of refugees, litanies of tragedies. It has been the scene of unspeakable crimes, scenes of trenches forgotten since the First World War, artillery battles that evoke the Second, new tactics also such as the intensive use of drones.

Beyond Ukraine, the war is seriously affecting the state of the world. It is shaking up the international order, driving up energy and food prices, disrupting globalization, threatening our security and our prosperity. The standoff is engaged between democracies and authoritarian regimes, in a world where the force of law gives way to the law of force. Point describes, in this special issue, the challenges of this historic turning point.

Consult our file: The world that is coming