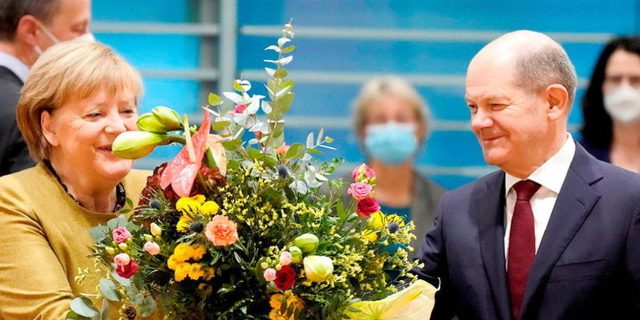 Olaf Scholz is not afraid of anything. Succeeding the one who, for sixteen years, was the Mutti (“mother”) loved by her fellow citizens is a challenge. Many in Berlin believe that Angela Merkel’s shadow will hang over the 63-year-old man, who for nearly four years was her austere finance minister and loyal vice-chancellor, for a long time to come. But Scholz has long been used to being underestimated. He has just achieved what we thought, even in his party, out of reach: winning the elections of September 26, after a comeback that has hardly any precedent in the history of the Federal Republic; then build, without the slightest hitch, a tripartite coalition with the Greens and the Liberals, an innovation at federal level in Germany.