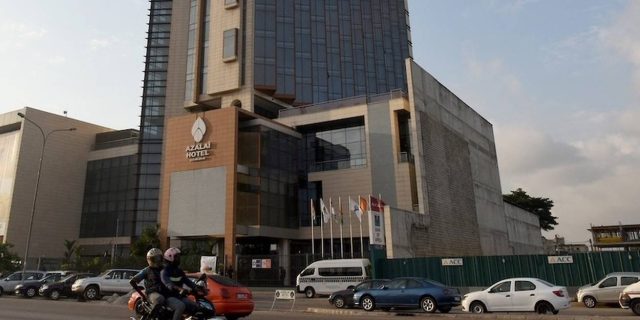 Igalloping inflation, disruption of supply chains, climatic shocks… The news is not reassuring at first sight. The World Bank forecasts a slowdown in growth for 2022 in sub-Saharan Africa, where many countries, not yet fully recovered from the economic shock of Covid-19, are facing the consequences of the war in Ukraine.

In its half-yearly report on the continent’s macroeconomic outlook published on Wednesday, April 13, the institution provides overall forecasts for the entire African continent on the one hand, and studies by region on the other. For sub-Saharan Africa, analysts forecast growth of 3.6% for 2022, down from the 4% recorded in 2021.

What should be remembered in broad outline is that Africa is once again suffering the repercussions of the international situation. “The rise in world commodity prices, which has accelerated since the start of the conflict between Russia and Ukraine, adds to the other economic challenges in the region”, explain the authors of the report. “The world’s largest food exporters, Russia – which is also the world’s largest fertilizer exporter – and Ukraine account for a significant share of imports of wheat, maize and seed oil, and these could be interrupted in the event of a continuation of the conflict”, warns the Bretton Woods institution. Soaring prices for oil, gas and basic foodstuffs are particularly likely to affect the poorest populations in urban areas, she warns. A large majority of States in the region make the same diagnosis.

Indeed, in the general wake, Africa has returned to growth in 2021, but the recovery has been less strong than in the rest of the world, uneven, incomplete and with variable geometry across the region to erase the effect of the pandemic crisis. The situation was therefore already very fragile at the beginning of the year, taking into account the resurgence of variants such as Omicron discovered in South Africa, and the security risks.

A few figures to understand

Four months later, the regional economies are still experiencing contrasting realities. While high oil prices will support growth in Nigeria or Angola, and the recovery in South Africa is benefiting from high commodity prices, it is being held back by tighter monetary policy and the problems structural issues, including power shortages. In summary: “Countries rich in resources, especially in the extractive sector, will record better economic performance as a result of the war in Ukraine, while countries without abundant natural resources will experience a slowdown in economic activity. »

Read:  "In Africa, the dangers have further weakened the States"

Looking by region, Eastern and Southern Africa, which has shown a sustained recovery from the recession, with 4.1% in 2021, is expected to decline to 3.1% in 2022 and to be around 3.8% in 2024. In the short to medium term, the Democratic Republic of Congo and Zambia should benefit from the rise in metal prices and benefit from the transition to non-fossil fuels in the long term. As for Rwanda and Seychelles, these two countries are expected to experience the largest contraction in 2022, with a drop of 4.1% and 3.3% respectively.

For the World Bank, the most significant impact of the conflict “could be a higher likelihood of civil unrest resulting from inflation of food and energy prices in the context of increased political instability”. As they face “limited budgetary margins, policymakers must turn to innovative options such as lowering or temporarily removing import duties on basic foodstuffs, to help their fellow citizens” , advocates Albert Zeufack, the World Bank’s chief economist for Africa.

Faced with the urgency of the situation, from Côte d’Ivoire to Senegal via Kenya, States have already taken strong measures to curb the impact of food and energy prices, particularly on African households. the poorest. But this is still very insufficient. In Ethiopia, 20 million people affected by drought and conflict need food assistance. Kenya, the third-largest economy in sub-Saharan Africa, usually imports a fifth of its grain from Russia and 10% from Ukraine, according to official figures. And already, prices are rising. A 50 kg bag of fertilizer now costs 6,500 Kenyan shillings (52 euros) against 4,000 shillings last year (32 euros). In Uganda, the prices of soap, sugar, salt, cooking oil and fuel are soaring, according to the government.

Towards a debt crisis?

Even if they take fairly strong measures, the risk of financial crisis is real for many countries in the region. It seems inevitable that they will have to, as during the Covid crisis, turn to help from the international community and perhaps benefit from new loans on concessional terms. According to the International Monetary Fund (IMF), more than half of the countries of sub-Saharan Africa are in a situation of debt distress or present a “high risk” of debt distress. The share of countries at high risk of debt distress has increased from 52.6% in 2020 to 60.5% in 2021, reveals the latest edition of Africa’s Pulse report. When some countries like heavily indebted Ghana will face higher borrowing costs. “Improvements are badly needed to avoid a big wave of debt crisis among developing countries, especially countries in sub-Saharan Africa. »

Beyond governments, central banks in sub-Saharan Africa also find themselves on the front lines, faced with the following dilemma: “support the weak economy (at the cost of higher inflation) or fight against inflation ( at the cost of triggering a decline in economic activity). The region’s monetary authorities seem to have chosen the second option. Concerned about inflation fueled by the Russian war in Ukraine, the Mauritian central bank raised its key rate to 2%, a first since 2011. other clouds appeared,” Mauritian Prime Minister Pravind Kumar Jugnauth said in a televised address.

Arming yourself against future shocks

For two years, the World Bank has been stressing the importance for countries in the region to develop social protection programs “beyond social safety nets”, say the experts, to strengthen the economic resilience and capacity of these States to cope with shocks, especially for poor and vulnerable households.

To avoid the mistakes of the past, it seems inevitable for African policymakers to implement “policies that accelerate the structural transformation of their economies through growth that promotes productivity,” says the World Bank. The experts give concrete solutions such as “strengthening the resilience of agriculture”, which “will boost the productivity of African farmers, especially that of food crops, and reduce the risk of food insecurity”. The road to resilience will also go through “policies that promote the competitiveness of food markets and participation in agricultural value chains”. And job creation – especially in the formal sector – remains high on the political agenda, “because it is the best form of social protection for the population, especially its vulnerable segments”. Faced with the growing risk of exposure to shocks, the Africa’s Pulse report has the merit of sounding the alarm.