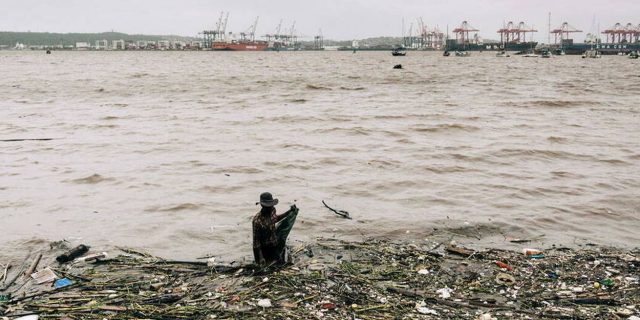 LDecline in rainfall in South Africa allowed a lull on Sunday after a week of flooding on the east coast, the worst on record in the country, which left 443 people dead and caused widespread destruction. Most of the victims were recorded in the region of Durban, a port city of 3.5 million inhabitants in KwaZulu-Natal (KZN) open to the Indian Ocean. Families have been decimated, children have died drowned in floods or buried in mudslides. Sixty people are still missing. And at least two rescuers died trying to retrieve bodies from a river, police said in a statement.

According to the National Institute of Meteorology, no risk of flooding is more feared in the coming days and the precipitation should “dissipate” by Wednesday. The emergency services, supported by the army, the police and helicopters, remain on alert but already they are receiving fewer calls. In recent days, ministers and traditional leaders, Zulu King Misuzulu Zulu and President Cyril Ramaphosa, who has postponed a trip abroad, have been on the ground to assess the extent of the damage and support the bereaved.

Nearly 4,000 houses were destroyed, more than 13,500 damaged. Many hospitals have been degraded, and more than 550 schools affected. Areas still remain inaccessible due to cut roads and bridges. Work to restore the lines of communication continues night and day, according to the authorities.

Read:  In Tbilisi, Georgia buries its “legionnaires” killed in Ukraine

“Billions will be needed to rebuild the province after this disaster,” the KZN provincial minister said at a press conference. A first estimate for the repair of road infrastructure alone amounts to nearly 354 million euros (5.6 billion rand). A government emergency fund of 63 million euros (one billion rand) has been released. The region has already experienced massive destruction in July during an unprecedented wave of riots and looting.

The poorest in the townships have been hit hard by the weather. Houses made of sheets of corrugated iron or simple planks of wood, often built on unbuildable and flood-prone land, did not last long in the deluge. In Inanda, the all-white church in which the faithful gathered on this Easter Sunday is one of the few buildings still standing. “After the challenges we are going through, we will manage to get up even if our houses have fallen and our infrastructure is in ruins”, encouraged the reverend in front of the assembly. Some were in tears, others nodded, their hands raised.

Read:  Ukraine: intensification of attacks in the Luhansk region, prisoners of war... news of the conflict

Calls to prayer for flood victims increased during the day at religious gatherings. Psychological support teams have been deployed. Additional doctors have been mobilized in the morgues to carry out autopsies, the lines of relatives coming to deposit bodies having lengthened in recent days. Some areas have been without water and electricity since Monday. Desperate residents were seen carrying buckets of water on roadside carts. The food is missing, what was left rotted. Wastewater treatment plants were also affected.

Food vouchers, school uniforms and blankets continue to be distributed. Convoys of tankers distribute drinking water. Donations are collected across the country, including pasta, canned goods, mattresses. Due to flooding, harvests expected this year could be poor, authorities also warned. Every year, the hurricane season from November to April unleashes storms in Southern Africa. Countries like Madagascar or Mozambique are regularly hit by deadly storms. But South Africa is generally spared.