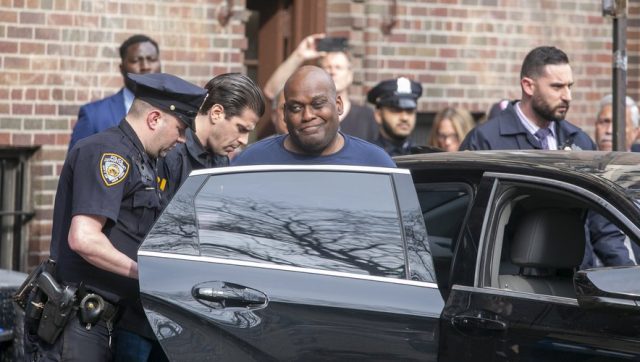 The 62-year-old man is suspected of being the author of the shooting which left 23 injured on Tuesday April 12 in the New York subway. Arrested yesterday, he presents a disturbing profile.

A firearm attack injured 23, including 10 by bullets on Tuesday, April 12, in the New York subway. A man wearing a gas mask used smoke bombs in a full car before opening fire on passengers and then fleeing.

A credit card found on the spot

After an extensive manhunt, a suspect was arrested on Wednesday in the East Village neighborhood of Manhattan. The police followed the trail of the alleged shooter after finding a credit card in his name in the subway, as well as the keys to a rented vehicle. On the spot, the police also got their hands on magazines and explosives.

Quickly, investigators circulated the portrait of Frank James. This 62-year-old African-American is not unknown to the police. Arrested 12 times in New York and New Jersey for theft, public disorder and sexual offences, he was also very present on the internet.

Read:  War in Ukraine: NATO promises to defend every ally and every inch of its territory

One of his latest videos even takes on the air of a premonition. “I can tell I wanted to kill people. I wanted to see people die right in front of my eyes immediately. But I thought about, hey man, I don’t want to go to a fucking jail,” the suspect reportedly said. in the video, quoted by CNN.