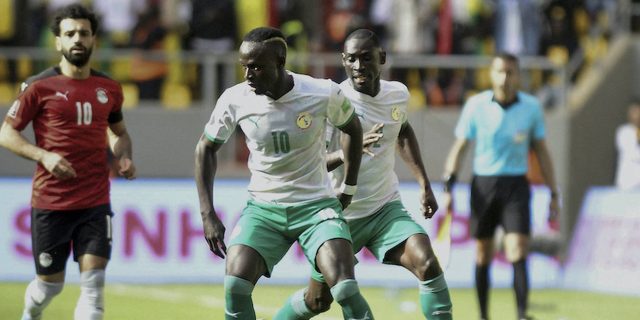 Sn the terrace of a restaurant on the Corniche des Almadies, the spectators are concentrated, their gaze turned towards the two television sets which broadcast the event long awaited by Senegalese fans: the return match between Senegal and Egypt. A match with high stakes, because the winner ensured his qualification for the FIFA World Cup in Qatar in 2022, but also because Senegal faced Egypt again. A country against which coach Aliou Cissé’s team had won the African Cup of Nations (CAN) 50 days earlier. The expectations of the Senegalese towards their team were therefore high in view of the hopes placed in it. Especially since for the first time, the match was played at home in the new and brand new Abdoulaye-Wade stadium, inaugurated after 2 years of work on February 22nd.

Teranga Lions back to the wall

Sitting around a table at the end of the terrace, Marem and Nogaye came to watch the match in this place where they had become accustomed to going since the semi-final of the CAN to support their team. Mareme, who played football when he was younger, confesses to being very tense by the meeting and “hopes for another victory”. After the first goal scored quickly at the start of the first half, the 37-year-old Senegalese said she was “a little relieved, but the stress is still there”. “There is more pressure than if it was a final! she assures. Nogaye confirms “they have an obligation to win: it’s a team of African champions, they must participate in the World Cup”. But she still wants to be reassuring: “If we were to lose, it wouldn’t be a disaster either, we’re already at the top! “The two friends working the day of Tuesday, they could not go to the stadium.

Diamniadio’s Abdoulaye-Wade stadium, the beating heart of an entire country

Malang Gilbert was able to attend this meeting live from the Abdoulaye-Wade stadium. He paid 100,000 CFA francs (about 152 euros) for “the love of football”. “It was also a way of saying thank you to our champions for the CAN cup. And then, it’s a local purchase that will come back to the country, ”he explains. “It’s crazy to see so many people responding on a weekday. Some came from the regions. This proves that sport is a passion and a hobby for many young people, that it allows them to escape the harsh reality too”, analyzes the 34-year-old who came with five other friends. Some supporters had spent the night of the previous day nearby while others were present around the stadium from 10 o’clock in the morning.

Read:  War in Ukraine: will wheat run out?

Put on sale on March 22, tickets to the stadium sold out very quickly, both on the partner site Diotali and at points of sale where the queue was sometimes several hours long. The 48,000 places available (out of 50,000 seats in the stadium) sold out in two days and on March 25, no more tickets, whose prices ranged from 3,000 to 300,000 CFA francs (5 to 457 euros), were available. In a press release dated March 25, the Senegalese Football Federation noted the “attempts to make and sell parallel tickets fraudulently” and condemned this black market. “People had high expectations. It was a reunion. This meeting was above all a communion, a reunion between the champions and their public, because it was their first home game, ”explains Malang Gilbert.

He does not regret this experience. “It was sensational. I’m used to going to the stadium, but there was a special positive energy there. The match was electric, we felt the tension in the stands, ”he reports. Throughout the match, the lasers appeared on the faces of the Egyptian players and coach sometimes even the referee. An attitude in reaction to that of the Egyptian supporters during the first leg. “In Egypt, the Lions were mistreated: our anthem was whistled, they were subjected to racist insults, the supporters put lasers in their eyes. It was logical that we were going to give them back! notes Nogaye. An attempt to destabilize the adversary who will have had the merit of doing the business of the sellers of lasers!

And the pressure continued to mount with extra 30 minutes stretching the period of torture for supporters on both sides. “There was too much stress and pressure during this game. At the start, I thought we weren’t going to qualify, with the defeat in the first leg in Egypt (1-0). But with all the mobilization of the youth, all the support, I started to believe in this qualification, ”says Oumar, 29 years old. The penalty shootout came to deliver the Lions fans with a final goal from Sadio Mané thus allowing the Senegalese team to earn their place for the FIFA World Cup 2022.

“Sadio Yewina askan wi (Sadio liberated the people)! exclaims Nogaye enthusiastically. “History repeats itself,” she said again, referring to Senegal’s victory in the CAN against Egypt where Sadio Mané also scored the decisive goal on penalties. “Sadio once again demonstrates that he is very strong, he is the player of the match in my opinion, he is a cut above,” guarantees Bertrand.

For Oumar, one of the great players of this match is “Youssef Sabaly, because he made decisive actions”. What is certain for both men is the result of the match. “It confirms our status as a leader. There has always been a rivalry between Egypt and Senegal and this victory has just proven that our team is above. We have taken a step, the World Cup becomes a possibility. »

A euphoric start to the year for Senegalese football

“The next step now is to win without going to penalties. There is still work to be done at this level”, studies Oumar. Opinion shared by Bertrand: “This match proves the status of Senegal: it’s not a question of luck, we have the sufficient level. It’s historic and legendary and it brings joy to the heart! he exults. “50 days later, we are still in the euphoria of the CAN victory. And thanks to this qualification, the party continues. I feel lucky to be part of this generation that wins these victories after many defeats. We took the right train, the football gods were with us tonight! Malang Gilbert applauded. The Lions of Teranga continue to make the Senegalese dream.