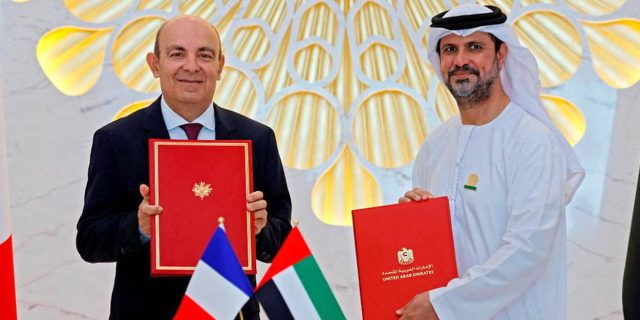 Un “Christmas present”. Emirati diplomat Anwar Gargash warned in these terms that important contracts would be concluded between the United Arab Emirates and France, on the occasion of Emmanuel Macron’s visit to Dubai. He kept his word. The French Presidency has announced the signing of an agreement to acquire 80 Rafale aircraft for an amount of 16 billion euros, the largest order for the combat aircraft from the French group Dassault Aviation since it entered service in 2004 .

In total, this order, with the purchase of 12 Caracal helicopters and associated elements, represents a total of 17 billion euros, according to the Ministry of the Armed Forces. “This is a major achievement of the strategic partnership between the two countries, consolidating their ability to act together for their autonomy and their security”, welcomed the Elysee in a press release.

The contract was signed by Éric Trapier, CEO of Dassault Aviation, and Tarek Abdul Raheem Al Hosani, CEO of Tawazun Economic Council, responsible for security and defense procurement. The agreement is “the most important ever obtained by the French combat aeronautics”, welcomed Eric Trappier, while Emmanuel Macron spoke with Mohammed ben Zayed, the crown prince of Abu Dhabi, on the site of the Universal Exhibition. The planes will be delivered from 2027 to the F4 standard, a program under development of nearly two billion euros to be delivered in 2024 and presented as a “technological, industrial and strategic leap”. The order aims to replace the 60 Mirage 2000-9 acquired in 1998 by Abu Dhabi.

Read:  "The Ukrainians want to kill the Russians": Zelensky fears the failure of negotiations in the face of the fury of his people

This record sale crowns the total alliance forged over the years between France and the United Arab Emirates. Linked to Abu Dhabi by a defense agreement since 1995, Paris has a strategic air base in the UAE capital for its operations in the Middle East. It was used in particular to bomb Daesh targets in Iraq and Syria or to evacuate the last French nationals from Afghanistan to France, as well as hundreds of Afghan citizens in danger.

Unlike other allies of France in the region, the bilateral relationship with the Emirates borders on idyll, just like Qatar under Nicolas Sarkozy or Saudi Arabia under François Hollande. The links between the two countries are strengthened by the close proximity between Emmanuel Macron and Mohammed ben Zayed, the crown prince of Abu Dhabi. The two leaders find themselves in particular in their common fight against Islamism and terrorism, and adopt similar positions in many crises which cross the region. Thus, the Minister of the Armed Forces, Florence Parly, believes that the Rafale mega-contract “cements a strategic partnership that is more solid than ever and contributes directly to regional stability”.