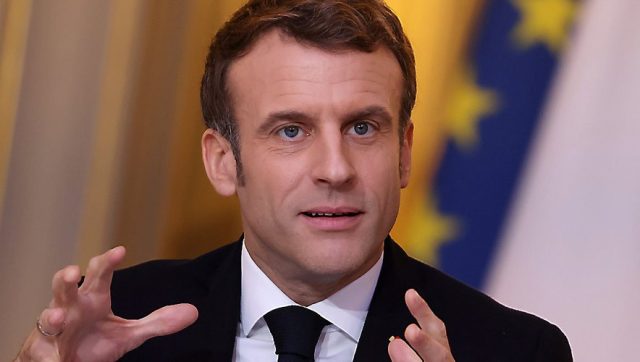 The French presidency of the Council of the European Union began on January 1, for six months. In a particular context – with the sequence of the presidential election in the heart of the year – it will be marked by meetings organized throughout France, especially in Occitanie. This presidency could sign the progress of many files, including that relating to the minimum wage in the EU. Which, if successful, would help strengthen the image of a more social Europe. And it would not displease the Head of State to be credited as the architect.

On January 1, 2022, France took over the rotating presidency of the Council of the European Union, thirteen years after its last presidency.

The French Presidency of the Council of the European Union (PFUE) will therefore be deployed until June 30. This institution, often simply called “the Council”, brings together the ministers of the Member States by field of activity and turns out to be, along with the European Parliament, the co-legislator of the EU.

Carried on the baptismal font by six Member States, it has grown in importance throughout the history of the Union and now has 27 members. The missions that France will have to fulfill mainly relate to mediation and the search for compromises to settle disputes and problems between Member States.

Even if the country holding the rotating presidency can take the opportunity to push its advantage on issues to which it remains particularly attached. France will also organize and chair the meetings of the Council of the EU by field of activity (agriculture, education, etc.), which will take place throughout the territory during this semester.

2. What challenges, what priorities?

What texts, directives or regulations could be finalized on the occasion of this French presidency? What sensitive issues could be put on the agenda to move the EU forward beyond this presidency? The answers to these questions in six months will make it possible to take stock of the semester.

The regulation of digital giants, an agreement in principle on a carbon tax at borders or the minimum wage, mentioned below by Hubert Védrine, are indeed among the priority legislation that the French executive would like to help tie up with its 26 partners. . The last above all: without going so far as to mention a European minimum wage that is difficult to imagine, convincing States to increase their own minimum wage would make it possible to strengthen the image of a more social Europe.

And it would certainly not displease the Head of State to be more or less credited with this success. Managing to officially include the migration policy reform dossier on the European agenda would also be seen as a great success.

The President of the Republic will present the priorities for the first half of 2022 to the MEPs meeting at the European Parliament in Strasbourg on Wednesday January 19, during the plenary session of this first month of the year.

A necessary step that marks each start of the presidency. In the process, the first important meeting of the French presidency assured by Emmanuel Macron will be held this time in Brussels, for the summit of the leaders of the European Union and the African Union.

Another important meeting: on March 10 and 11, 2022, the summit of the twenty-seven heads of state and government will take place on the theme of the “New European model of growth and investment”. At the same time, many events are planned throughout the country during the semester of this French presidency.

In addition to the meetings in Occitanie, informal ministerial meetings and ministerial conferences will take place all over France, from Tourcoing to Marseille and from La Rochelle to Strasbourg.

3. What impact for Emmanuel Macron?

It is the singularity of this PFUE, which will be superimposed on a long sequence of elections: the presidential election which, except surprise, will directly concern Emmanuel Macron, then the legislative ones. A head of state candidate for his own succession of which it remains to be seen whether this PFUE will carry him, hinder him or have a neutral effect on his campaign.

“He has already had statements, initiatives that highlight the PFUE, notes Hubert Védrine, former Minister of Foreign Affairs. If Emmanuel Macron considered that as neutral, or negative, he would not talk about it. He therefore judges that That can be largely positive. But it is a Europe of 27, and what this presidency will deliver also depends on the others “.

The Hérault political scientist Michel Crespy considers, for his part, “that this French presidency will have no effect” on the voters: “People are not very interested in it, it is far from their concerns. There is not in France, if not at the margin, a very pro or anti-European feeling “.

Hence the interest “in bringing the French closer to the EU”, as LREM MEP Irène Tolleret noted during this PFUE.

4. Seen from Montpellier, Toulouse and Nîmes

The PFUE will go through Occitania. Montpellier and the Fabre museum will welcome, on March 6 and 7, 2022, the European Ministers of Foreign Affairs and Development, for a council dedicated to foreign affairs. Toulouse, the regional capital, will have already hosted, on February 16 and 17, the “Copernicus, horizon 2035” conference which will have the status of a ministerial conference, in connection with a space forum involving the main European industrial and institutional players.

But it is at Nimes that the wait will be keenest, where we hope for a decision, as Franck Proust, the president of Nîmes Métropole, said recently, about the “project for a European center of expertise for Civil Security on Nîmes airport, application submitted by the French State and six other countries “.

“We must not exaggerate the expectations”

What Hubert Védrine, former Minister of Foreign Affairs, thinks about it.

What do you expect from this French presidency?

We must not exaggerate the expectations regarding the French presidency, that would fuel unfair disillusions. This is a presidency of the Council of Ministers, which makes it possible to fix the calendar, the agendas, but does not give any particular powers which would supplant those of the Parliament or of the President of the Commission.

And that does not change the fact that everything is negotiated at 27. In the European machinery, everything is very long. You have to imagine a system where 27 horses pull a procession and correct the idea that at some point, you have all the powers.

Germany will also be at the center of things: everyone is waiting for the start of the new German coalition government.

The context is particular, with the presidential and legislative elections at the heart of this presidency …

At one point, even if Macron will be president to the end, the French presidential stake, the competition, will win. Then the question will arise as to whether the elected President will have a majority in the Assembly.

So for the European Presidency, there are really two months at the start and a month at the end. And there are no miracles to be expected. But there can be significant breakthroughs.

In which areas, mainly?

It is a question of advancing the various texts under discussion. The minimum wage, the issue of digital data, or an agreement in principle on a carbon tax at the borders, for example.

If the Presidency is doing well, if it manages to work with the Commission, the Parliament, the various countries, there may be progress. And if this heavy procession advances a few meters, that will be good. And then there is the very, very important issue of migration.

Is this the major stake?

There will be several, unforeseen events can happen, but major, yes. Things don’t work anymore. There have been several attempts to rebuild a well-functioning Schengen.

But each member country must be able to assume its responsibilities. There is a huge effort to be made. The Commission has not yet succeeded. We read and hear that the French presidency wants to try to obtain a consensus on this.

However, in February there is an EU-Africa summit. If they can get a discussion on the subject on the agenda, that would be a very important first step.