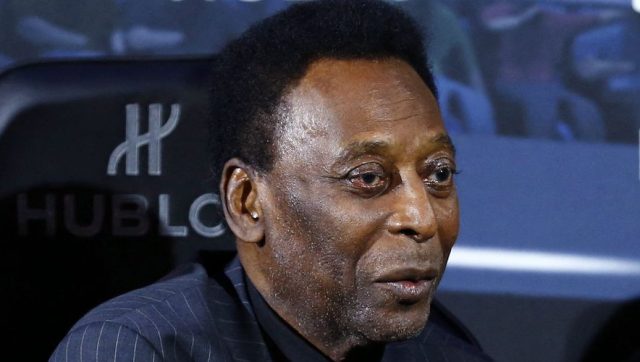 Pelé, the 81-year-old former Brazilian star footballer, has been hospitalized in Sao Paulo since Monday 18, as part of the treatment for colon cancer discovered last September, the medical establishment which treats him announced on Tuesday April 19. .

The state of health of “King” Edson Arantes do Nascimento is “good and stable, and he is expected to leave the hospital in the coming days”, Albert Einstein Hospital said in a statement. Considered by many to be the greatest player of all time, Pele has to visit the clinic at least once a month to undergo tests and continue chemotherapy for the colon tumor detected in September, according to his family.

The only player to have been a three-time world champion (1958, 1962 and 1970), Pelé was hospitalized for two weeks in February due to a urinary tract infection discovered on his way to his usual appointment.

Before the colon diagnosis during his hospitalization for a month, between August and September 2021, the former star of Santos and the Brazilian team had been hospitalized in Paris in 2019 and then transferred to Sao Paulo for kidney stones.

Read also :
Football: Pelé publishes a video of him in the hospital riding a bike

Back in Brazil, he had a kidney stone removed. In 2014, the legendary number 10 was hospitalized in intensive care due to a urinary tract infection which required him to undergo dialysis on his left kidney, after the right was removed in the 70s due to a injury while still a player.

He was also diminished by hip problems and moved around using a walker during his last public appearances.