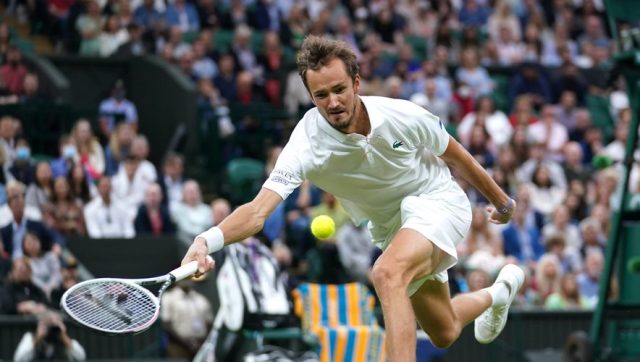 Russian and Belarusian tennis players will not be allowed to participate in the next Wimbledon tournament, announced on Wednesday April 20, the organizers of the London Grand Slam, who wish to join efforts to isolate Russia and condemn the invasion of Ukraine.

Daniil Medvedev, Andrei Rublev, Aryna Sabalenka, Victoria Azarenka… Several world tennis stars will not participate in the 2022 edition of Wimbledon. “We are aware that this is difficult for the individuals concerned,” said Ian Hewitt, president of the All England Lawn Tennis Club (AELTC), organizer of the Wimbledon tournament, in a press release.

“We have carefully considered the other possibilities. But, given the high profile of the tournament, the importance of preventing the sport from being used to promote the Russian regime and our wider concerns about public and player safety. We think it’s the only feasible option,” he said.

A first since World War II

This decision – a first since the Second World War, with the exclusion of German and Japanese players – will prevent several top 20 ATP and WTA players from playing on the London lawn. Among them, Daniil Medvedev (world No. 2), Andreï Rublev (world No. 8) and Anastasia Pavlyuchenkova (world No. 15), as well as Belarusians Aryna Sabalenka (world No. 4) and Victoria Azarenka (world No. 18). ).

The world tennis authorities (ATP, WTA and the international federation) announced at the beginning of March that Russians and Belarusians could continue to participate in tournaments individually, but not under the flag of their country. The national teams of the two countries had however been banned from all international team competitions, such as the Davis Cup for example.

Read:  War in Ukraine: Russia uses "a troll factory" to relay its propaganda according to the British