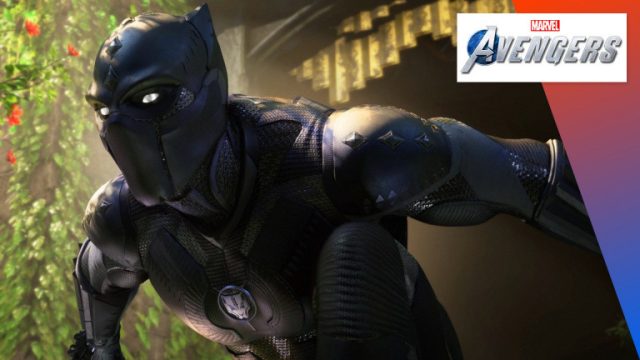 Right now, Marvel’s Avengers is regaining some interest with the introduction of the Spider-Man character into the superhero gang. Before him, it was the agile and feline Black Panther who joined the ranks of the Avengers. While many admitted to being delighted with the arrival of the King of Wakanda, the very classic style of his costume disappointed others, including a fan who recently wanted to remedy it!

Riding the wave of Spider-Man: No Way Home, the title of Crystal Dynamics finally welcomed the spider-man, after months of waiting for PlayStation players. If the result, as we feared, is mixed – the latter did not have the right the same preferential treatment than his colleagues -, at least it has the merit of offering a slight spotlight on Marvel’s Avengers.

However, its introduction into the game reignited an old debate around the creation of Crystal Dynamics, namely the lack of originality and the lack of enthusiasm on the part of the players towards the costumes made by the teams of the development studio. Tired of these successive disappointments, a Reddit user decided to amuse the members of the social network by posting, in his own way, a tribute to the previous hero introduced in the game: Black Panther.

Goodbye the sleek black color of T’Challa’s costume and hello Hello Kitty inspiration from a player creation from Marvel’s Avengers. User Youngjojo judged the superhero to be lacking in color and therefore decided to have him swap his iconic skin for an outfit that was certainly more colorful, but much less charismatic.

To break the monotony of the costumes introduced in the game, Youngjojo has reproduced an original outfit in the colors of the character Hello Kitty to give a new look to the famous superhero. By observing his creation carefully, we can see that he was attentive to the small details since we find some characteristic features of the mascot of the Japanese company Sanrio: thick eyelashes, a small yellow nose and the inseparable pink ribbon!

The result is somewhat… disturbing, as we never thought we would see Black Panther in such an outfit. Moreover, the reactions of Internet users on the subreddit are rather clear-cut and contrasted: many are very amused and recognize a certain style in it, while others are on the verge of crying blasphemy.

Surprisingly, this isn’t the first time the superhero has been the target, if not the victim, of an unlikely mash-up. In the past, a player had already imagined another design resulting from a merger with the Pink Panther. If the Marvel’s Avengers teams ever run out of ideas, let’s bet that the most passionate players will have more than one concept to sell them!