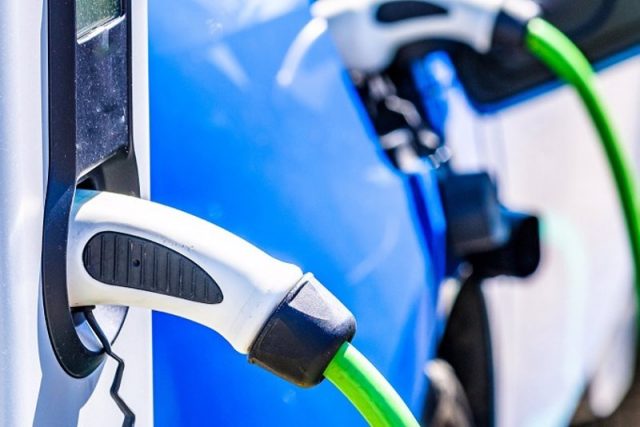 “The fossil fuel economy has reached its limits. We want to leave a healthy world, a good job market and growth to the next generation.” This phrase was uttered by European Commission President Ursula von der Leyen a little less than a year ago in what was then the latest proposal of the European Green Pact: dismantling the internal combustion car industry by 2035. The Commission’s roadmap provides for a 55% cut in emissions from new vehicles by 2030 and full climate neutrality from 2035 onwards. of all new vehicles registered. An ambitious plan, but one that might not be misguided.

A recent report by Allianz Trade (formerly Euler Hermes) states that. the global and European market for electric vehicles is booming.. Sales of these sustainable vehicles reached the level of 6.75 million worldwide in 2021, registering a “staggering” growth in the Old Continent: according to the Paris-based firm, electric cars accounted for 29% of the market share in Europe in 2021 and they estimate that growth could be 60% in the same year thanks to “generous” subsidies to encourage their deployment.

All in all, China was the most buoyant market, accounting for almost half of global sales, “a figure equivalent to total world sales in 2020.” The Bavarian Allianz subsidiary explains that, in December 2021, sales of new energy vehicles (NEVs) accounted for 21% of total sales. However, they point out that, given that NEV subsidies will be reduced by 30% in 2022 until they are phased out in 2023, the Chinese market is likely to slow down somewhat, “as manufacturers or consumers will have to bear the additional costs”. Despite this circumstance, Allianz Trade estimates that sales of electric vehicles should grow by around 50% in the Asian giant.

For its part, sustainable car sales doubled in the United States over the past year.although “volumes remain low (around 600,000 units, down from 300,000) and market share stood at around 4% in 2021”. All in all, Allianz Trade points out that, if approved the ambitious ‘Build Back Better’ infrastructure plan., 2022 could be a watershed year. “With subsidies of up to $12,500 on the purchase of electric vehicles, the plan could be a game-changer of the U.S. market. However, not everything is positive in the sector.

The Allianz Trade report notes that. global spending related to electric cars, i.e., vehicles and charging points grew by 75%.. “Whereas in previous years they represented a small fraction of global investments in the energy transition, by 2021 they accounted for more than 36% of total investment, with investment in renewables accounting for about half,” they note, while stressing that in countries such as Germany and the UK, investments in these vehicles accounted for more than 50% of total energy transition investments.

Despite this, the Paris-based firm points out that these investments “are heavily weighted towards the purchase of new vehicles” and that. investments in recharging, “both public and domestic”, should increase. “to sustain the transition.” Allianz Trade estimates that there are some 230,000 public charging stations in the European Union by the end of 2021, which, in the company’s calculations, amounts to just one station for every ten vehicles sold in 2021 alone”; in 2014, the EU explained that there should be a maximum of 10 electric vehicles per public charging station and aims to exceed one million stations by 2025. “This highlights how far there is still to go,” they sentence.

Likewise, the Allianz subsidiary believes that the sector needs to. increase investments to cope with the limited supply of lithium.a key raw material in the traction batteries used by these vehicles. With the stellar growth of electric vehicles, demand for this metal has skyrocketed: while demand for batteries accounted for only a quarter of total demand in the early 2010s, it is expected to account for 95% by 2030. Supply increased by almost a third between 2020 and 2021, with 90% of it coming from just three countries (China, Australia and Chile).

“With more than 50 million cars sold annually by then, lithium supply will have to keep pace,” they explain from Allianz Trade. Thus, the firm points out that investment must be made in new technologies, such as direct lithium extraction, and increased exploration if production of this metal is to increase and “go all the way with electric vehicles.”

Read:  Cloudflare suffers DDoS attack that knocks out Canva and Discord, among others

While it is true that policies such as the European Green Pact and other similar schemes show that there is some awareness that transport is a key sector in achieving greening economies, Allianz Trade stresses that. there remains a significant funding gap to drive this transition..

“Our research shows us that, although some €13.4 billion a year would be spent on recharging infrastructure across the EU-27, this is not enough to meet the EU’s aspirations to limit global warming. An additional €4 billion per year will be needed until 2030,” they indicate.

In addition, the firm stresses that governments have a role to play in addressing Two of consumers’ biggest concerns: charging infrastructure and cars.. According to data from Alix Partners, 41% of consumers in 2021 cited the lack of charging stations as one of their top concerns about electric vehicles; in 2019, this figure was 42%. Meanwhile, the high maintenance costs of these cars remained a major concern for 30% of consumers in 2021, down eight points from 2019. Likewise, 42% named battery life as their main concern, although this figure is down significantly from 2019, when it stood at 56%.

Thus, for Allianz Trade, governments need to address three key issues: reducing the regulatory burden to speed up approval of permits to build chargers, improving the power grid to cope with new demand, and alleviating costs, “as a 350 kilowatt (kW) charger can cost more than €100,000 in Europe.” The firm points out that public policies such as the European Green Pact or ‘Build Back Better’ will be key if we are to reach that “healthy world” that the president of the European Commission spoke about just under a year ago.