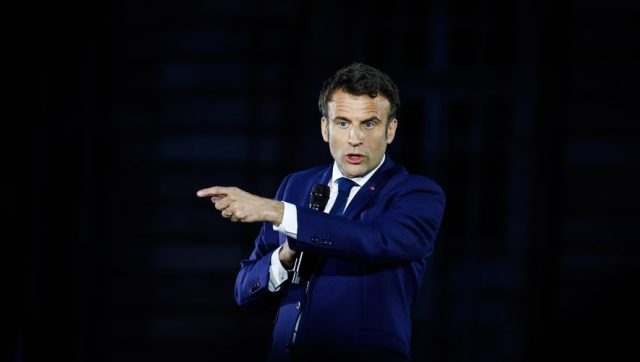 A new expression has emerged in the mouths of Ukrainians. Very popular, the neologism “macroner” has a very precise meaning, and it is not really to the advantage of the French President.

“Macroner”, pejorative verb constructed from the proper noun “Macron”, in direct reference to Emmanuel Macron. The French president does have a neologism in his name in Ukraine… But nothing to brag about. Indeed, this expression, which has become popular in the country, illustrates public opinion regarding the attitude of the French.

“Very worried” but doing nothing

And more particularly that of Emmanuel Macron, who is perceived in Ukraine as spending more time posting photos of himself looking concerned, rather than actually acting in favor of the country. According to Le Parisien, who took an interest in this emerging expression, there is therefore a definition of Macroner on Telegram: “To be very worried about a situation, but to do nothing, in fact”.

Read:  War in Ukraine: beware, the risk of cyberattack is high in France, here is the behavior to adopt

Asked by Le Parisien, Ukrainians confirm this passive image that sticks to the French President. “Your president is in the pay of Putin, as was Angela Merkel”, reacts for example a retiree. “By fighting we also protect you the French… Do not repeat the history of Hitler”.

Macron’s attitude denounced by the Ukrainians

“We can’t understand this passive position, we need help to cover our skies. Civilians are dying every day,” another soldier confided to our colleagues.

I think Macron should stop making all those calls to Putin.
Putin enjoys being humbly begged.
Time and again, these attempts to nicely talk him into becoming a human being look increasingly pathetic, if not laughable.

Since the beginning of the conflict in Ukraine, the French president has defended a strategy of dialogue with Vladimir Putin, an attitude also very frowned upon in Ukraine. On Twitter, a Ukrainian journalist denounces: “I think that Macron should stop all these calls with Putin. Putin likes to be humbly begged. By force, these attempts to make him become a human being seem incredibly pathetic, if not ridiculous” .

Read:  Ukraine: the risk of conflict is "real", NATO alarms