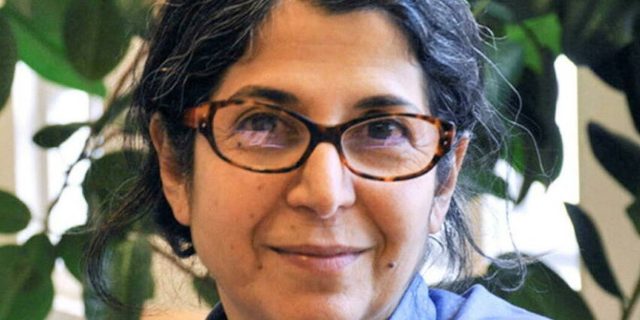 Lhe Franco-Iranian researcher Fariba Adelkhah would have been imprisoned again for non-compliance with the rules of her house arrest, according to the declarations of an Iranian judicial official, made on Sunday January 16. “Unfortunately, Mr.me Adelkhah deliberately violated the limits set during her house arrest dozens of times and as a result, she was sent back to prison,” deputy head of the judiciary, Kazem Gharibabadi, was quoted by Mizan, the agency as saying. Iranian justice information.

Fariba Adelkhah, 62, was imprisoned again while under house arrest since October 2020. She was arrested in June 2019 and then sentenced in May 2020 to five years in prison for undermining national security, what his supporters have always denied. Kazem Gharibabadi regretted that the researcher ignored “repeated warnings from the judicial authorities”.

The other countries, ordered not to intervene

French President Emmanuel Macron on Thursday called the Iranian authorities’ decision “totally arbitrary”, saying that “all of France” was “mobilized for his release”.

The French Ministry of Foreign Affairs had warned the day before that his reincarceration “could only have negative consequences” on bilateral relations and “reduce confidence” between the two countries. Kazem Gharibabadi deemed these statements as “unfounded”, denouncing the interference of foreign countries in the Iranian judicial system. “Mme Adelkhah is a citizen of the Islamic Republic of Iran and we strongly condemn the intervention of other countries in the judicial process,” he said.

Iran does not recognize dual nationality and treats those arrested as Iranian citizens. “It is very regrettable that the French authorities […], despite their knowledge of violations of Mme Adelkhah, report baseless information, which is unacceptable,” added Kazem Gharibabadi.