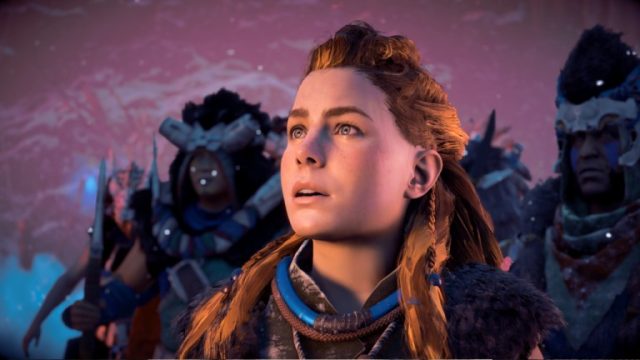 That’s it, after months of waiting, Horizon Forbidden West is finally coming to PS4 and PS5. You must have heard of it: it’s the sequel to Horizon Zero Dawn released in 2017. We’ll show you the points to remember that make Horizon an exceptional open-world.

The following is the script from the video above

Attention to detail at all times

Number one, art direction and attention to detail. It’s simple, with Horizon Forbidden West, the Guerrilla Games studio demonstrates very high-level technical and artistic know-how. Horizon Zero Dawn was already excellent in this area, but here we are on another level: The prohibited West sets really give off something, in addition to being very coherent. There is something unique and hypnotizing about this post-apocalyptic world, with this mixture of ruined cities, huge abandoned metal carcasses and lush nature. A very varied nature, which makes wonderful use of the environments of the Western United States, a new region which gives its name to this second opus.

Horizon Forbbiden West offers both deserts and canyons, passing through dense or tropical forest and even white sand beaches, whether it is day or night. Not to mention the different tribes who have made this postcard setting their home. Peoples whose villages, customs and costumes have been the subject of special care.

And there are of course the machines, other stars of the world of Horizon, always as fascinating as they are threatening. Forbidden West also welcomes new species that really do the job
So many elements that create a deep sense of travel that always pushes forward, whether on PS5, PS4 Pro or Fat, the game looks very beautiful and stable on all three supports..

A larger map but not too much

Forbbiden West thus offers a substantial playground, where there is really plenty to do. But a playground whose size is not huge either. The Guerrilla studio has also said it itself: the map of this sequel is “slightly larger” than in Horizon Zero Dawn. We are therefore far from the 225km² of Cyberpunk 2077 for example.

So even if a huge open world is generally considered something reassuring, with all that implies of lifespans, secrets and quests: Well it’s good news that Guerrilla has not been too greedy on this point. This allows him to better control his playing field and regularly create memorable moments.. This is what happens in Horizon Forbbiden West: between the metal carcasses, the ruins and the luxuriant nature, the exploration is regularly revived by strokes of artistic brilliance.

Did you already think you had your eyes full with a first panorama? Lost, because behind a hill, you then discover a gigantic monster or a village of great beauty. Especially since to revive the interest of the player, there are not only the decorations:
There are of course the quests, which are also very neat and well staged, whether it is the main or secondary missions, but also the points of interest..

During your journey in the Prohibited West, you will be able to come across hunting areas to train in combat, but also ruins to explore or villages to attack. So in fact, nothing very original, like the structure of the open world, which remains very classic overall.
But little by little, with this absolutely sublime artistic direction in the background, it allows Horizon Forbidden West to have a very steady pace, and to always give the feeling of discovering new things, of traveling.

A trip that also takes place in first class: in Horizon Forbidden West, the heroine Aloy is much more agile than in the past, which makes exploring the open world very pleasant. Forget that cramped, grounded feeling of Horizon Zero Dawn:
In Forbidden West, it is possible to hover in the air until you fall back to the ground, to swim at will under water, to propel yourself onto a ledge using the grappling hook, and above all to climb many more walls than using the pass. Much more, but not all the walls either, we are not in Breath of the Wild.

Concretely, Aloy can only climb on surfaces where there are attachment points, which appear in yellow when the heroine quickly scans the surroundings with her Focus. So yes, it may seem restrictive said like that, especially when a building seems at first glance perfectly suited to climbing, but it is a choice that makes sense.
This allows the Guerrilla studio to set up environmental puzzles, where it will be necessary for example to show observation to make your way through ruins.

As you will have understood, the movements of Horizon Forbbiden West are in any case very pleasant, and somehow do even more honor to the work of the Guerrilla artists. Because whether high up or under the sea, the title is a feast for the eyes.

And the best part is that even innocuous walks can pay off big:
Horizon Forbidden West has a knack for hiding chests and scannables all over the map, usually in out-of-the-ordinary ruins and remnants. And it’s really important to reward the curiosity of the player, to show him that the sets are not empty shells, and can have a tangible impact on the progression.

Read:  Ghostwire Tokyo: the PS5 and PC exclusive can already be approached with a little surprise

The chests indeed contain several resources, whether banal or very rare.
The most common allow you to craft ammunition for your weapons (in other words, it’s important to fight machines) while the most valuable are useful for improving your weapons and armor, thanks to new workbenches spread all over the world open.

The data files, on the other hand, will teach you more about the past of the world of Horizon Forbidden West, but that you know, it was already in the first episode. All in all, we feel more and more involved in the world of Guerilla Games.
Anyway, the prohibited West is so successful that it naturally calls for thinking outside the box, to find everything we have just mentioned + points of interest and quests.

A narrative that exploits places

Of course, the title does not only rely on the curiosity of players to invite them to explore. The main frame acts as a real engine on this side, and it is also very successful.
In this sequel, Aloy must correct the disruption of the biosphere caused by the end of Horizon Zero Dawn and the powers of the dangerous Hades, a kind of large computer virus powerful enough to destroy life on earth..

The heroine thought she had given him her account in the previous episode, but in fact not at all.
She will eventually have to travel to the Forbidden West to settle the matter for good, as other dangers stand in her way, including the infamous Regalla, leading the rebels of the Tenakth tribe.. Aloy will thus be able to count on the help of old friends, like Varl and Erend, drawn from the first opus, but also on new allies, like Zo or Hekarro.

Surrounding herself with the right people will invite our fiery-haired hunter to travel the forbidden West far and wide, to the sea and the sumptuous ruins of San Francisco.. But we should not neglect the importance of side quests, which are – as we told you – very neat, and which have the right tone to discover other places on the map.

All in all, Horizon Forbidden West is far from a revolution for the open-world genre, but it’s so successful in everything it does that it’s something of a culmination of the genre. It is for all these reasons that it can be considered an exceptional open world. Find all the information about Horizon Forbidden West and much more on HelloSolar.info.