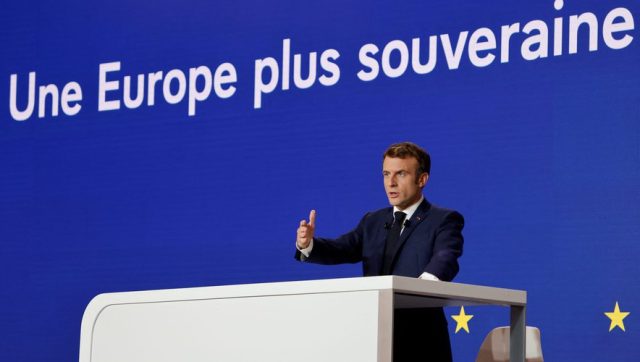 The day after Emmanuel Macron’s press conference on the French presidency of the European Union, Jean-Michel Servant, deputy editor-in-chief of Midi Libre, talks about the mission incumbent on Emmanuel Macron.

One foot in Paris, the other in Brussels. During the next six months, Emmanuel Macron will have to lead two agendas simultaneously. One to govern France, the other to preside over Europe.

Two different political calendars which risk, sometimes, to put it in difficulty. In particular when the Head of State is officially a candidate for a second term.

Many of his opponents will criticize him for doing too much for the European Union and not enough for his own country. In addition to national issues, Emmanuel Macron therefore knows that his re-election will depend on his ability to quickly revive the EU.

By its ability to advance it in terms of military cooperation, medical research, social protection or sovereignty. Show citizens that Europe can become the long-awaited “Common Home”. What if that was the key to winning back the Élysée?