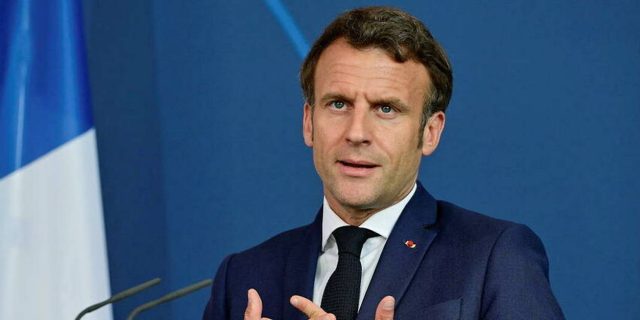 France has delivered more than 800 tonnes of humanitarian aid to Ukraine since the start of the Russian offensive on February 24, including 13 additional aid vehicles this weekend. The two leaders also “discussed the security guarantees that France could provide to Ukraine within the framework of an international agreement, in order to ensure respect for the sovereignty and territorial integrity of the country”. The Ukrainian president had criticized Emmanuel Macron on May 12 for wanting to provide an “exit door” for Vladimir Putin in the conflict and considered that he had “no need to make political concessions” to Russia.

Read:  Tourists found dead in strange circumstances: mystery in a luxury hotel in the Bahamas

The head of state “never discussed anything with Vladimir Putin without the agreement of President Zelensky”, then replied the French presidency. Emmanuel Macron had assured his counterpart at the end of April, who thanked him for “consignments of large-scale military equipment which contribute to the Ukrainian resistance” that this support would continue “to be strengthened, as well as the humanitarian assistance provided by France”. . The two presidents also discussed on Tuesday “possible ways to allow exports of Ukrainian cereals, on which a large part of the world depends for its food”.

To President Zelensky, I reaffirmed our determination to respond to the needs expressed by Ukraine, in particular for defense equipment, humanitarian aid, economic and financial support, fuel, and to support the work of justice.

Ukraine’s application for EU membership soon to be considered

Ukraine, one of the world’s leading grain producers, is facing a total naval blockade by Russia, particularly of the port of Odessa, one of the main exit points for its exports. Neighboring Romania is one of the possible alternative routes, with the transfer of Ukrainian cereals by train, truck or barge and their loading at the port of Constanta.

While France holds the rotating presidency of the EU, Emmanuel Macron also confirmed to his counterpart that “Ukraine’s application for membership of the European Union would be studied during the European Council in June”, after consulting of the European Commission.

President Zelensky is very reserved on the proposal of his French counterpart to create a “European political community” in order to bring Ukraine into it pending full and complete membership of the EU which will take “decades”, according to Paris.