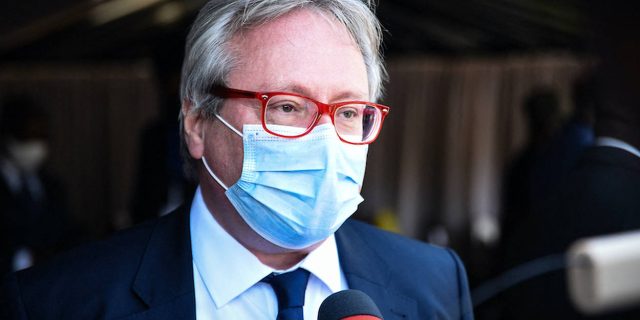 ” Lhe France takes note of the decision of the (Malian) transitional authorities to put an end to the mission of the French Ambassador to Mali. In response, France decided to recall its ambassador,” said the Quai d’Orsay. Paris also expresses “its solidarity with its European partners, in particular Denmark”, whose contingent arrived as part of the international anti-jihadist operation Takuba has just been expelled by the junta in power in Bamako “on the basis of unfounded motives”. The press release also recalls Paris’ “solidarity” with regard to the Economic Community of West African States (ECOWAS), whose representative in Mali was also expelled, as well as “its commitment to stabilization and development of the Sahel, alongside its partners in the Coalition for the Sahel”.

Escalation of tensions between France and Mali

The Malian junta has decided to expel the French ambassador, state television announced on Monday. Bamako justified this decision by recent “hostile” statements by French officials against it. This summons marks a new hardening of tensions between Mali and France, a former colonial power engaged militarily against the jihadists in Mali and the Sahel since 2013. Relations have continued to deteriorate since colonels took by force in August 2020 the head of this country, plunged since 2012 into a deep security and political crisis. They escalated further in May 2021, with a new putsch by the same colonels to strengthen their hold.

Read:  War in Ukraine – The Reagan Method of Defeating Russia

69 days before the first round of the presidential election in France, several candidates reacted to the expulsion of the French ambassador to Mali. The opposition immediately castigated France’s policy in Africa. “France has lost a crazy influence in Africa,” said RN presidential candidate Marine Le Pen on Europe 1, believing that Emmanuel Macron had “once again accumulated failures in this area” and evoking a “humiliation”. According to her, “we must obviously immediately dismiss the Malian ambassador”, “block all the assets of Malian leaders in France” as well as “development aid, intended for Mali” and “all transfers of financial funds, including individual ones, which leave France for Mali”.

“We are fighting to expel the jihadists from Mali, but Mali is expelling our ambassador. Our soldiers are dying for a country that humiliates us! All of France’s African policy needs to be rethought,” said his great far-right rival Éric Zemmour (Reconquest!).

On the right, candidate LR criticized a lack of anticipation from the executive, believing that “the dismissal of our ambassador is a humiliation”. According to her, France must remain “in the Sahel to protect this territory from the Islamist threat which can totally destabilize Africa”.

On the left, the rebellious Jean-Luc Mélenchon, who has long been hostile to the presence of French troops in Mali, considers that “it is time for France to come back to reality and to empty the abscess with the current Malian power. And that the National Assembly be seized and decide on a plan of action”, “before the sacrifices and our deaths in Mali have been rendered useless, before the tearing is complete”.