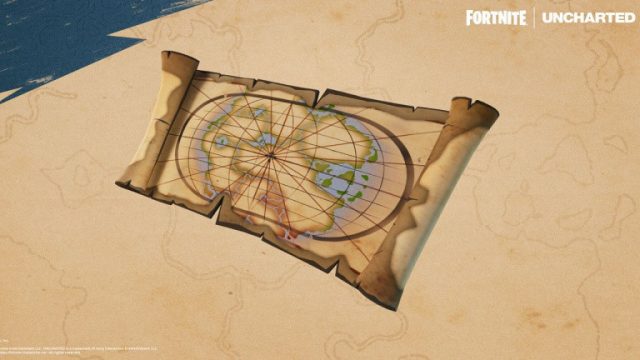 A few days ago, the Uncharted movie inspired by the game series of the same name was released on our screens. To celebrate, a partnership has been created between the film and Fortnite. If at first it was skins that came out, it’s now a brand new item, Drake’s treasure map.

An object to quickly find loot!

If you have been playing Fortnite for some time now, the principle of the treasure map should not be unknown to you. Indeed, this mechanism was already found in one of the previous seasons. It was then season 8 of the first chapter of the game and the focus then was on pirates. Logical therefore to see a treasure map, but it had then disappeared at the end of the season.

Read:  War in Ukraine: "They came for the extermination of the people", Olena Zelenska breaks the silence

But given the theme of Uncharted, it actually makes sense to bring out this treasure map. As you can imagine, however, this map has undergone changes. Indeed now, when you find this treasure map of Drake, you will get an indication of which direction you need to go. Once there, you can’t go wrong.

In effect, you will then see a gigantic black cross on the ground once you have arrived, which will confirm that you are in the right place. From then on, all you have to do is dig with your pickaxe to dig up the chest and enjoy the treasures.