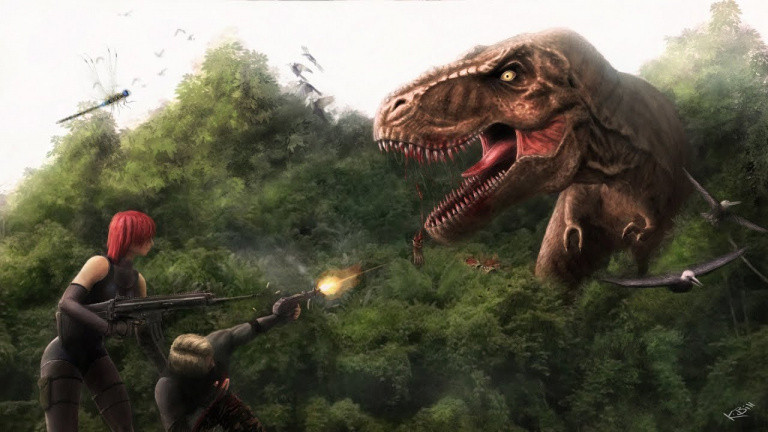 For many years now, Capcom has faced the demand of a large community to revive the Dino Crisis franchise. Like licenses like Viewtiful Joe or Onimusha, this series is regularly the subject of rumours, but the Japanese publisher does not seem to be responding to these proposals for the time being. While waiting to discover possible remakes or official sequels, a fan has decided to take the lead.

Some time ago, a certain Stefano Cagnani distinguished himself by offering a free demo of a Dino Crisis 2 running under Unreal Engine. Unlike the original, the author of this fan-remake opted for a third-person view and full 3D surroundings and dinosaurs. The approach is therefore very different from the PlayStation game, which relied on a real-time 3D engine with cinematic angles. The overall rendering, especially when you know that the developer is solo on the project, is impressive and allows you to enjoy a mission of around a quarter of an hour. If you want to be tempted, this demo is accessible at this address.

Read:  France's gift to Elizabeth II for her jubilee

Released on November 29, 2000, Dino Crisis 2 is, as its name suggests, the sequel to the eponymous game released in 1999. This series was born from Shinji Mikami’s desire to return to influences close to Jurassic Park and Aliens. The Japanese director wanted to get away from the fantasy side of Resident Evil while keeping a real sense of fear. Unlike Resident’s jump scares, Dino Crisis relies on “constant” fear with enemies that are much more lively, intelligent (and able to move from room to room) than zombies (as depicted in Resident ). To bring a hint of realism, the developers have based themselves on the movements of dogs or even crocodiles to animate the creatures.

Well received, the first episode has however been the subject of criticism considering that it was too close to a Resident Evil. It is to mark a certain break with the series of zombies that the sequel was started. Shinji Mikami not being available, it is Shu Takumi who took the reins of the project. Compared to Dino Crisis, the sequel is much more arcade-like and ditches item management. The approach is more mainstream and the action is central to the plot. To get rid of ever more formidable dinosaurs, the player can equip himself with powerful weapons through shops. The game also includes underwater sequences and even shooting (boat trips). A decidedly different, but much appreciated Dino Crisis.