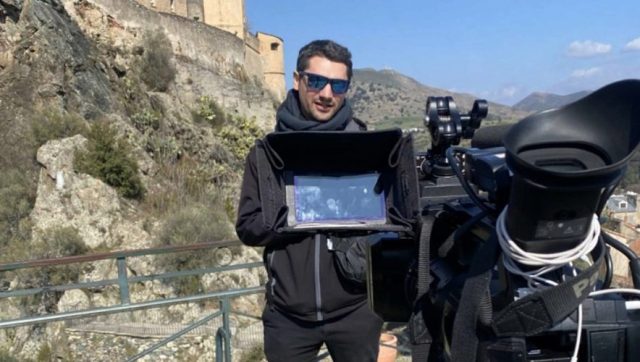 Maxime Brandstaetter, the injured and survivor journalist of BFMTV confided at length to a reporter on the spot. He recounts precisely the unfolding of events.

Maxime Brandstaetter, the friend and colleague of Frédéric Leclerc-Imhoff, journalist at BFMTV killed in Ukraine, recounted the attack of which they were the target Monday May 30, 2022. Frédéric Leclerc-Imhoff, image reporter journalist died after to have received a splinter from a Russian shell. His colleague Maxime Brandstaetter is injured, their fixer Oksana Leuta was spared.

Maxime’s story is relayed by Dominique Mari, a journalist sent to Ukraine to cover the conflict. He recounted precisely the exact course of events that day. “It was hard for them emotionally to remember all that, but Maxime also knows that post-traumatic stress, you have to deal with it right away”, testifies the special correspondent of the channel. We then learn that the trio had decided to follow the humanitarian convoy to produce a complete subject.

Read:  Forza Horizon 5: all our guides to the fastest and most exotic Christmas gift

The day before, German journalists had made this report. The latter had surveyed the road with a civilian vehicle marked “press”. “Uh, had the possibility of getting into a 33 ton truck, (…) as there are many on our roads. They climb in the back, the truck is armored”, explains Maxime to the journalist on the spot.

“They heard a first explosion and then a few minutes later a second with a blast effect which pierced the roof of the truck supposed to be armored”, relays Dominique Mari. And to continue: “Then they had no more news from Frédéric. This is where everything accelerated. The police extracted them. Very quickly, through Oksana who had information via the police. , they learned that Frederick had not survived.”

An investigation has been opened by the French anti-terrorist prosecution. The investigations will focus on the reason for the attack and whether or not it was targeted against BFMTV journalists.

Maxime Brandstaetter reacted after the death of Frédéric Leclerc-Imhoff on Twitter.

“Thank you for all your messages, which comfort us with Oksana. Sorry for not responding, I do not have the strength to read them all. My thoughts are with Fred, his family, his loved ones. He was someone so sweet, caring. (…) A passionate journalist who was so proud and found it so important to tell what is happening here. I will never forget you Fred”, he published.