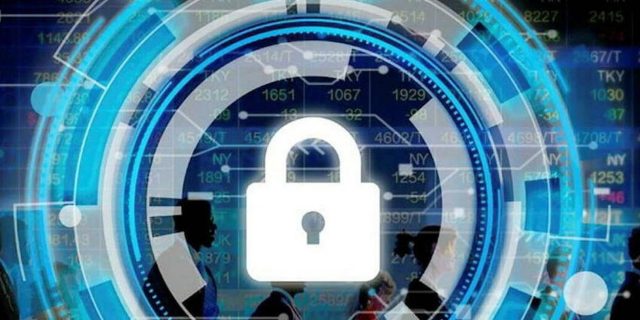 Sf it is not necessarily visible in broad daylight, cybercrime is on the rise on the continent. And now the repercussions are in the billions of dollars. According to a report by Kaspersky, the phenomenon reduced, in 2021, the gross domestic product (GDP) of the African continent by more than 10%, at an estimated cost of 4.12 billion dollars. Underestimated figures, according to experts, and which are increasing as the digitization of the continent improves. Interpol for its part specifies that, in June 2020, South Africa, the most industrialized country in Africa, had the third highest number of victims of cybercrime in the world, the losses are estimated at around 147 million dollars per year. Where the shoe pinches is that it is the companies, and therefore the private sector as well, which pay the heaviest price. 70% of attacks suffered by the latter are phishing attempts. Faced with this bitter observation, African states have decided to take the bull by the horns.

States take matters into their own hands

“Cybersecurity is one of the major challenges of our time”, poses by way of diagnosis, the Togolese head of state, Faure Gnassingbé. “In Togo […] there is in particular the thorny question of the protection of users and, therefore, of security – in addition to the classic benchmarks of accessibility and availability at an affordable price”, lamented the Togolese President, at the opening of a summit on cybersecurity which was held at the International Conference Center in Lomé, the Togolese capital, on March 23 and 24. Faced with experts, leaders and political leaders from all over the continent, he insisted on the “establishment of national operational structures in the field of cybersecurity, paving the way for active cooperation with African countries and with all actors in the the digital ecosystem. This was the whole point of this meeting in Lomé, to allow African actors to reflect together on the ways and means of responding to this thorny problem which has become a real global scourge. Particularly in a context where the war in Ukraine makes Western countries fear a resurgence of attacks from Russia.

For Cina Lawson, the Togolese Minister of Digital Economy and Digital Transformation, with the Internet, “we live in an increasingly connected world. We, as governments, must ensure that the issues of cybersecurity and the fight against cybercrime are tackled in a collaborative manner: collaboration between governments, civil society and the private sector on the one hand, but also collaboration between experts from different fields of expertise.

In Togo, the authorities are displaying their ambitions in this area. In recent years, the country has been undertaking reforms, and is working to become an attractive digital hub for investors while guaranteeing them digital sovereignty, security and data protection. The country acquired the first Tier 3 Data Center in 2021 and strengthened its legal framework. It operationalized the National Cybersecurity Agency (Ancy), it also set up a National Cybersecurity Incident Response Center (Cert), whose mission is to identify, analyze and mitigate cyber threats.

On March 18, the country reached a milestone by receiving Google’s first submarine cable, Equiano, which “constitutes an essential and strategic instrument in the realization of ambitious digitalization projects in Togo. This cable will have a direct impact on connectivity in Togo, and will make it possible to provide improved and affordable high-speed Internet access to millions of Togolese and the populations of the West African region,” reassured Faure Gnassingbé. , who was awarded at this summit, the African Cybersecurity Champion Prize by the United Nations Economic Commission for Africa (ECA).

While states prove vulnerable, on the continent more than 90% of businesses operate without using the necessary cybersecurity protocols. There is also a shortage of certified security professionals. In 2018, the number of certified security professionals was estimated at 7,000, or one for every 177,000 people. Another issue is the lack of a legal/regulatory framework on cybersecurity and data protection. Out of 54 African states, only 28 of them have data protection legislation and 6 are in the process of drafting legislation. “In times of cyber uncertainty, every African nation must also create its own national cybersecurity program,” advised Vera Songwe, UN Under-Secretary-General and Executive Secretary of the Economic Commission for Africa.

Read:  The family of the last king of Italy claims the crown jewels

Make digital a vector of growth

Indeed, Africa is engaged in a race against time as the digital economy continues to grow. According to the International Finance Corporation and Google quoted by Vera Songwe, Africa’s internet economy is expected to contribute $180 billion to the continent’s overall economy by 2025, rising to $712 billion in 2050. “Africa offers a wealth of economic opportunities in virtually every sector. And the digital economy represents an essential asset to unlock these opportunities. […] However, cybersecurity is an important pillar for any digital transformation,” recalled the former World Bank and International Finance Corporation.

For Togolese President Faure Gnassingbé, the “willingness to make digital technology a vector for the country’s growth and development is in line with the objectives of the African Union Convention on Cybersecurity and the Protection of Personal Data, adopted in Malabo on June 27, 2014”.

The Lomé Declaration invites to do more

At the end of this high-level summit, the ministers present adopted by acclamation a joint declaration, the Lomé Declaration on cybersecurity and the fight against cybercrime, which aims to formalize all of their commitments. Following this, the Togolese Minister of Security and Civil Protection, invited African governments to multiply regional and international initiatives allowing the competent authorities and agencies of the cybersecurity sector to strengthen their capacities, in particular through the implementation setting up training courses and sharing their respective experiences.