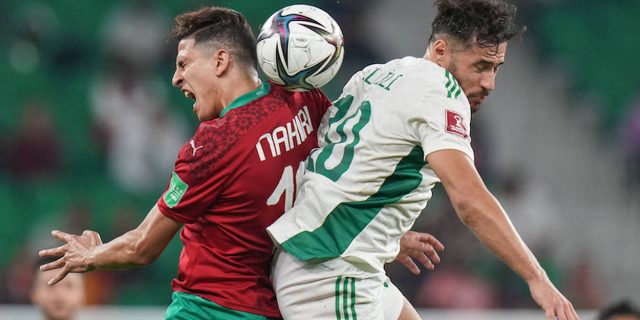 DEager to wash away the affront of CAN 2019, Morocco, eliminated by Benin in the round of 16, considered, like Senegal, as one of the best teams on the continent for several years, is keen to make the edition 2021 his. With the coach Vahid at its head, strong decisions were taken; to see if they will be sufficient to offer the Atlas Lions the second CAN in their history.

Closing the loop on the African scene

Morocco has shown significant progress in recent years, which strengthens the attractiveness of its football. Indeed, its championship, the Botola Pro, appears in first place in the CAF coefficient and the recent performances of its major clubs – Wydad Casablanca (winner of the Champions League in 2017 and the CAF Supercup in 2018), the Raja Casablanca (2021 Confederations Cup winner) and Berkane (2020 Confederations Cup winner) – confirm this.

This good performance of his football is confirmed by the successes obtained at the local level with the final victories obtained during the CHAN 2018 (on home soil) and 2020, held in Cameroon last year. However, despite performances which augured a very bright future during the last World Cup where the Atlas Lions were opposed to Portugal, Spain and Iran, his national team, although highly rated, struggles to confirm its status as a favorite on the continental scene. Significant progress was made during the cycle of Hervé Renard, coach between 2016 and 2019, which brought a certain stability to the selection. But the CAN 2019 will remain as a great disappointment for Morocco with an elimination in the round of 16.

Replaced by Vahid Halilhodzic, also known in African football for his passage on the side of Raja Casablanca where he won the Champions League (1997) and a championship in 1998, and more recently on the side of Algeria where he won a historic qualification for the knockout stages of the World Cup in 2014.

While the title has eluded Morocco since 1976, this edition of the African Cup of Nations is a new opportunity for the Atlas Lions to rectify the situation. For the coach Vahid, the objective is quite clear: “There are four or five teams of very good levels, with exceptional players, of world class. These are teams that can, with Morocco, be favorites. It is a very high competition. There are a lot of good teams, I think you can imagine which ones can be favorites. It is not worth repeating ourselves. The biggest favorite, you know it. But we are there too. Of course, we carefully avoid evoking the neighbor and eternal Algerian rival.

The last few months have been marked by the sidelining of Hakim Ziyech and his former Ajax Amsterdam teammate Noussair Mazraoui. According to coach Vahid, who throughout his coaching career has never shied away from taking risks to mark his territory, the player did not have the right attitude to wear the national team jersey. “You know, the notion of a group is very fragile. I expect a lot from my players. We worked well for two years, and I won’t allow anyone to spoil it. The national team is sacred. “Before specifying that” his behavior during the last two gatherings [en mars et juin] was not what a national team player should be, as a leader, refusing to train and work. “

Read:  War in Ukraine: Zelensky at the Grammy Awards, a war crime in Boutcha for Macron ... the news of the conflict

The former Montpellier Younès Belhanda, who left Galatasaray for the promoted Adana Demirspor, current 6e of the Superlig, would also have suffered from a tumultuous relationship with the coach of Morocco. Not selected for the CAN, he did not hesitate to give his version of the facts. “Even if he calls me back, I won’t go.” As long as he is a coach, it’s dead. There was a break, he did not respect me while sportingly, my club performances were good. In addition, I did twelve years in the national team, I have been there from the start. I’m not a recycled guy who, for example, chooses Spain first, then Morocco. I could have chosen France and I didn’t do it out of love for this country. I am a real person, I have made the worst trips. When it was necessary to go to the Central African Republic or the Gambia, I was there ”, referring to the selection of Munir El-Hadadi, formerly Spanish international, but having retracted to join the Atlas Lions. “One day, I learned that a physiotherapist who had been with the Moroccan selection for twenty years was relegated to the youth teams because, supposedly, he would be too close to the players and that we should be careful about it . […] So I went to see Vahid to tell him that it was not correct to release the physiotherapist in this way, he’s been in the national team for 20 years. I did nothing wrong, I am legitimate to speak, especially since I did it with respect. He told me that his decision was made and that he was going to replace him. For me, it is this stance that cost me my place. “

Finally, the last case that animated the national team is that of Ez Abde, a young player of FC Barcelona launched in the first team by Xavi in ​​recent weeks. Summoned by the Moroccan selection, pressure would have been exerted on the player by the club, eager to keep him during the competition, but also to allow the Spanish selection to save time and convince him to change his mind, to the image of what could have happened with Adama Traoré, on the verge of joining the Malian selection before turning to La Roja. However, if the player has decided to stay on Barcelona’s side this winter, he would still be keen to play for Morocco as early as the March reunion, which coincides with the World Cup play-offs. On condition of convincing the coach Vahid, always so concerned about the notion of group.

During the qualifiers for the World Cup play-offs, during which Morocco filled up with six victories in six games, coach Vahid had the opportunity to rely on several systems of play, and everything points to believe that he will approach the CAN in 4-3-3, although his system of play in 4-3-1-2 has been used on several occasions. The idea is to densify the axial zone of the pitch around the pillar represented by the very good Fiorentina midfielder Sofyan Amrabat. QPR midfielder Ilias Chair should be given the role of number 10, while the usual executives such as the excellent goalkeeper Bono (Sevilla FC), defenders Romain Saïss (Wolverhampton), Aguerd (Stade Rennes), the Parisien Hakimi will keep their rank. The last question concerns the return of Sevilla FC striker Youssef En-Nesyri, long injured and probably not 100%. His state of form could weigh on this team, although Morocco can now count on the emergence of Ryan Mmaee, striker of Ferencvaros in Hungary, where he has a good season with 13 goals and 9 assists in all competitions, and the former Wydad striker Ayoub El Kaabi, currently at Hatayspor (8 goals in 17 games).

Morocco will also be able to count on the reinforcements of major players on the African scene in recent years in the person of Badr Benoun and Soufiane Rahimi, both trained at Raja Casablanca. The former, considered one of the best central defenders on the continent, won the Confederations Cup with his training club in 2018, plays today at Al-Ahly, with whom he won the Champions League in 2021 and the CAF Supercup a few days ago. The other, playing as an attacking midfielder or left winger, won the Confederations Cup in 2018 and 2021, the Arab Champions League this season, but also the CHAN 2020 where he was the best player and top scorer of the competition. Today, making the heyday of Al-Ain in the Emirates, well ahead of the championship, he leaves his mark with 5 goals and 8 assists in 13 games. A great reward for two players who have proven their worth on the African continent, and who could be most suited to play in the context of an African Cup of Nations. Anyway, in view of the world dams, Morocco will be keen to rectify the disillusionment of 2019 and assert itself as the main contender able to disrupt Algerian domination.