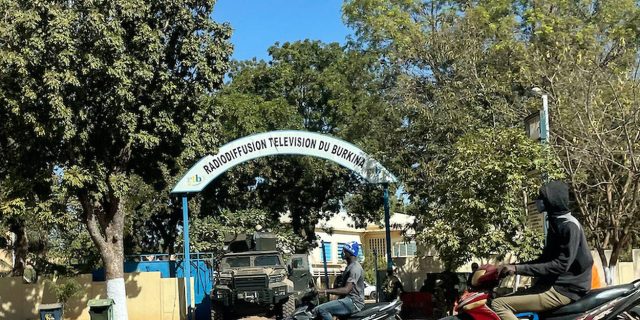 ATn Burkina Faso, the situation has been explosive in recent weeks between the military and the authorities. Then, on Sunday morning, the showdown took a new turn. Soldiers mutinied in several barracks in the country: Sangoulé Lamizana, Baba Sy, in the North in Kaya, Ouahigouya and even in the capital, Ouagadougou. What are they asking for? the departure of the army chiefs and the “appropriate means” for the fight against the jihadists. At the end of the day, shots were heard near the residence of the head of state, Roch Marc Christian Kaboré, reports AFP. The government initially reacted by acknowledging these shots in several barracks, denying however “a takeover by the army”. On Sunday evening, the Head of State even decreed “until further notice” a curfew from 8 p.m. to 5:30 a.m. (local time and GMT).

The night seems to have been very short, and the Burkinabè woke up not knowing where their president was. After several hours of confusion, the rumors of a coup are confirmed. According to Agence France Presse, “President Kaboré, as well as the Head of Parliament (Alassane Bala Sakandé) and ministers are effectively in the hands of soldiers” at the Sangoulé Lamizana barracks in Ouagadougou. But what happens next is uncertain. A statement is expected in the coming hours as the headquarters of public radio and television, RTB, is cordoned off by armed and hooded soldiers, according to several media sources.

So far the exact location of Roch Kaboré remains uncertain as contradictory information circulates among security and diplomatic sources.

Why is President Roch Marc Christian Kaboré in the sights?

In 2015, a year after the fall of Blaise Compaoré, overthrown by a popular insurrection after 27 years in power, the election of Kaboré raised great hopes for development and change in the “land of honest men”. But it was precisely in 2015 that Burkina Faso, hitherto spared, began to suffer attacks from armed jihadist groups which have only increased over the years. When he was re-elected for a second term in 2020, the country descended into chaos, attacks by jihadist groups became almost daily and killed hundreds, whole sections of the country escaped the authority of the State and law enforcement seem unable to stem the spiral of violence. He therefore made the promise during his election campaign that the fight against the jihadists would be his first priority. But attacks and massacres in the North continue, such as those in the village of Solhan in June 2021 during which at least 132 civilians were killed, or Inata in mid-November of the same year when 57 people died, including 53 gendarmes. . Consequently, the demonstrations of anger of populations exasperated by this violence multiply to denounce the “powerlessness” of the power, demonstrations most often repressed by the police. Roch Marc Christian Kaboré, of the majority Mossi ethnic group, a former banker and a man reputed to be consensual, has failed to honor his promise despite several changes at the head of the army and the government.

In Western chancelleries, concern is mounting, even if there has been no official reaction. On the other hand, the French Embassy in Ouagadougou, evoking a “rather confused situation”, recommends in a message to the French community “to avoid non-essential travel during the day and not to travel at night”. The two Air France flights scheduled for Monday evening between Paris and Ouagadougou are canceled and French schools will remain closed on Tuesday, adds the diplomatic representation.

On the continent, the Economic Community of West African States (ECOWAS), an institution of which Burkina Faso is a member, reacted on Sunday, and said it was following the situation “with great concern”. The organization called for calm, while asking “the military to remain in a republican posture and to favor dialogue with the authorities”.

How did we get here ?

Several angry demonstrations have been taking place for several months in many cities in Burkina Faso, often banned and dispersed by riot police. Illustration of this climate of tension: Saturday, January 22, incidents broke out in Ouagadougou and other towns in Burkina Faso between the police and demonstrators who once again defied the ban on gathering to protest. against the helplessness of the authorities in the face of the jihadist violence which has ravaged the country since 2015. The town hall also banned on Saturday another rally in support of Mali, targeted by ECOWAS sanctions.

Supporters of the mutineers also set fire to the capital, still, the headquarters of the ruling party, before being dispersed by the police. Outside the Sangoulé Lamizana barracks, about forty soldiers fired into the air near several hundred jubilant people who had come to support them. “We want means adapted to the fight [antidjihadiste] and substantial staff”, as well as the “replacement” of the highest ranking officers of the national army, indicated in an audio recording sent to AFP a soldier from the Sangoulé Lamizana barracks, on condition of anonymity. He also wished “better care for the wounded” during the attacks and the fighting with the jihadists, as well as “the families of the deceased”. This soldier did not demand the departure of Burkinabe President Roch Christian Kaboré, accused by a large part of the population, exasperated by the violence, of being “incapable” of countering jihadist groups. Especially since the Inata attack in the North on November 14, which left 57 dead and sent shock waves throughout the country. Like neighboring Mali and Niger, Burkina Faso is caught in a spiral of violence attributed to armed jihadist groups, affiliated with Al-Qaeda and the Islamic State group. Attacks targeting civilians and soldiers are increasingly frequent and mostly concentrated in the north and east of the country. The violence of jihadist groups has killed more than 2,000 people in nearly seven years and forced 1.5 million people to flee their homes.

Read:  Gernelle – The three wars that Vladimir Putin can lose

The mutineers’ claims were confirmed by other military sources and discussions took place between representatives of the mutineers and Defense Minister General Barthélémy Simporé, according to a government source. Nothing had filtered Sunday evening on the content of the meeting. Throughout the day, demonstrators gave their support to the mutineers and set up makeshift roadblocks in several avenues of the capital, before being dispersed by the police, noted AFP journalists.

Ten days ago, soldiers and civilians were arrested, accused of planning a coup. The alleged plot had been revealed following the “denunciation of a soldier who was allegedly contacted by a group of individuals to join them in carrying out destabilization actions against the institutions”. An investigation has been opened.

Another source of tension: the country has embarked on a vast trial on the death of former President Thomas Sankara, a pan-African icon, in 1987. Moreover, one of the main defendants, General Gilbert Diendéré – close to former President Blaise Compaoré, overthrown in 2014 and who has since lived in Côte d’Ivoire – is detained in the Sangoulé Lamizana camp which houses the Armed Forces Prison and Correctional Center (Maca). Diendéré was sentenced to 20 years in prison for an attempted coup in 2015 against President Kaboré.