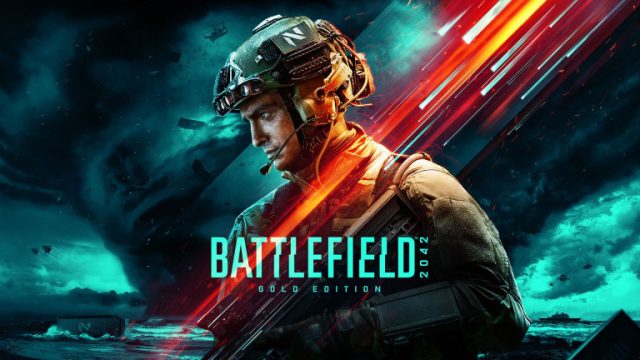 Dice released a major announcement about Battlefield 2042, after a launch that disappointed many fans. By committing to improving the game, EA announces that it will have to postpone season 1.

Say that the launch of Battlefield 2042 was disappointing would be an understatement. Since the beginning of the exploitation of the title of Dice, players flee servers, and EA was recently declared to be “very disappointed” with the game’s performance by an insider (Tom Henderson). This time it’s the Dice studio which communicates on its game.

In the last Battlefield briefing published by Diceand signed by Ryan McArthur the game’s senior producer, the studio announces delay the release of season 1. Dice explains having heard the players, and wishes now invest all the work of the developers in fixing the problems of the game as it is today. Season 1 will therefore be launched at the beginning of the summer, while the next few months will be spent on various additions and changes requested by players since the launch of the game. In particular, three features will be added or reviewed “as soon as possible” : the scoreboard, the voice communication and the profile of the players.

We’re not getting a SCOREBOARD until 5 MONTHS after release. It just proves the problems I’ve been reporting on with the UI and Frostbite.

Dice also provides the arrival of an improved ping systemfrom more rewarding rewards when your squad plays the objective and “a more clear and concise squad loop“. The studio also announces news, tools and mods for Portal, as well as a rebalancing of the experience. Finally, a team is dedicated exclusively to Specialistsbut Dice is not yet keen to reveal what they plan to do with it just yet.

Read:  LEGO turns you into a VIP: here's how to enjoy it

The statement goes on to explain that Dice and EA reaction will also be optimized and accelerated in the future.

We want to improve the quality of the game through our updates, but also by speeding up our reactions to critical issues in online spaces. We will also express ourselves in a way clearer on the direction we want to followand what drives our game improvement decisions. We will communicate more and expand our existing feedback loops to get more directly involved in these processes.

For this, a new public “feedback loop” system will be set up, in which Dice will identify the points that he wishes to improve and their ideas for doing it, then analyze player responses to these ideas, to finally express once again their opinions on these returns. There will be several loops, all public, but some will obviously be more publicized than others: the card design loop, a major topic, should be widely sharedwhile Portal logic will be discussed in conversations in smaller groups with the players. This new process will be set up this monthbefore the next update.

Read:  What is Satan 2, this Russian nuclear missile reminiscent of the devastating "Tsar Bomba"?

Finally, the press release dwells on this season 1 which was supposed to be released in the spring but will be released in early summer. Insider Tom Henderson noted on his Twitter page (see above) that it took five months to have a scoreboard worthy of the name on a major FPS, but for season 1 the wait will be even longer! Dice recognizes it, and sends a message to players who have purchased the Season Pass :

When Season 1 arrives in early summer, it will kick off a year of four Seasons, featuring four new Specialists, new locations, and new content. We know it is a late launch for those who purchased the Year 1 Pass as part of the Gold and Ultimate editions. To thank you for your patience and continued support, people who have purchased these editions will receive an exclusive pack containing a Specialist skin, weapon and vehicle skins, a melee weapon and a game sheet, available with the next update.

Finally, the press release recalls the different ways for players to stay informed. The Twitter account @BattlefieldComm first, which communicates regularly on updates. the tracking known issues, to find out what the developers of Dice are aware of. And Battlefield Forumsto know what changes they are making, in real time.

Season 1 of Battlefield 2042 should therefore arrive in June or July.