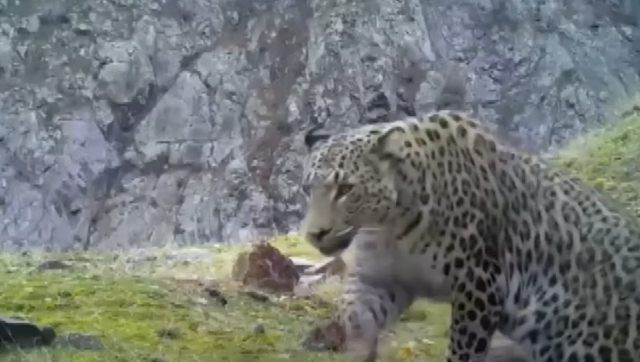 No trace of this animal had been observed since 1974. Good news revealed.

There is information that gives hope. The Anatolian leopard would not have disappeared from the planet even though the species was believed to have been extinct for many years.

And for good reason, no Anatolian leopard had been seen since… 1974, that is nearly fifty years.

A news that was announced by the Turkish Minister of Agriculture and Forests, Vahit Kirişçi a few days ago on the World Day for Biological Diversity, as reported by the Turkish daily Sabah.

\ud83d\udc06 The reappearance of this leopard, in danger of extinction and distinguished by its grayish fur and large rosettes on the sides and back, is the first since 1974.
\u2b07\ufe0fhttps://t.co/tlZNTa742d

He stated : “As a result of such diligent work, I would like to share a good example regarding the conservation of endangered species. We now know that the Anatolian leopard, an important species that was last seen in our country in 1974 and thought to be extinct, began to be seen again.”

Before adding: “I would like to express my gratitude to those who have contributed.”

The exceptional images have thus been revealed.

The Minister specified that the images of the animal had been captured using camera traps which are triggered when wild animals pass and which filmed the specimen on several occasions. “ This is how we determined his existence without disturbing him.”

The Anatolian leopard is characterized by greyish, slightly red fur with large rosettes on the sides and back, as Courrier International points out.

No information has filtered on the whereabouts of the animal to protect it. The animal can live up to 20 years.