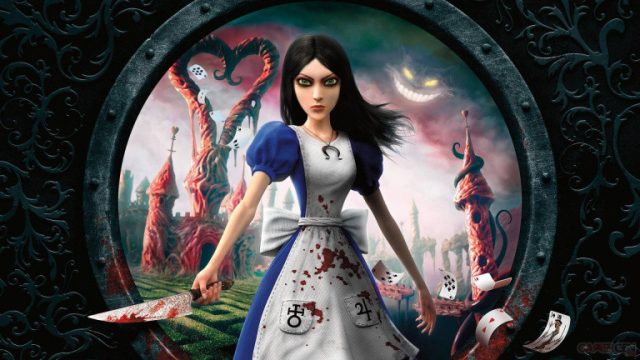 news culture American McGee’s Alice: A TV series in preparation and a well-known personality at the helm

Since the records achieved by the series The Witcher, adaptations of video games in films or series continue to explode. After the Halo series which had the right to a trailer a few hours ago and after the announcement of an adaptation of It Takes Two, it’s Alice’s turn, American McGee’s license to have right to its own series.

Alice and her madness are back

We thought the saga American McGee’s Alice dead and buried, however, David Hayter, the screenwriter of the film X-Men of 2000, King Scorpion or Watchmen, came to prove us the opposite. Indeed, if the license is not yet ready to make its return to a video game, it is well on its way to becoming a TV series. David Hayter, also known for being the voice of Solid Snake in the Metal Gear Solid games, just announced that the franchise of American McGee will have the right to its own adaptation.

American McGee’s Alice and Alice: Madness Returns are groundbreaking reimaginings of the classic tale (by Lewis Carroll). They take you to the heart of a corrupted version of “Wonderland” and illuminate areas that have never been seen in this world. I’m very excited to bring this world of madness and wonder to a global audience. David Hayter via Hollywood Reporter

Unsurprisingly, American McGee’s Alice TV series will be based on the book Alice’s Adventures in Wonderland by Lewis Carroll, but like the games, it will offer a much darker and more mature reinterpretation than that produced by Walt Disney.

For the moment, few details have been entrusted to us, but we already know how the series will begin. From the first minutes of this adaptation, Alice will face terrible news: her parents will die in a fire. In order not to face reality, she will follow the White Rabbit and take refuge in “Wonderland”. Another detail, American McGee is also on the project, since he spoke on the subject in an official press release.

David Hayter brings the imagination, experience and skills he has acquired through his successes in film, television and video games. A unique combination that will make this adventure a success for the franchise and the fans. I’m thrilled to work with him and know that Alice fans will greet him with great affection. American McGee

While I (and Alice fans) would have liked the next @EA horror project to be a new “Alice” game… this does at least move us forward in line.

At some point in the future, execs at EA will shout “need moar product!” and someone will reply, “Alice?” And we’ll be ready! https://t.co/uCvDgnCeg2

My goal is to come up with a production plan, get it approved by EA, and then raise funds to develop a new game. Although, like Alice fans, I would have liked the next project to EA Horror is a new Alice game…that at least gets us ahead in line. At some point, EA bosses will shout “We need more products!” and someone will answer “Alice?”. And then we will be ready! American McGee