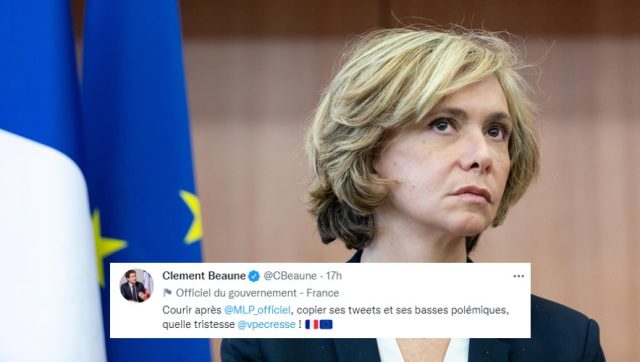 On the occasion of the opening of the French Presidency of the Council of the European Union, a flag was installed under the Arc de Triomphe.

A “provocation” for Marine Le Pen, an “outrage” for Eric Zemmour, “an erasure of the French identity” for Valérie Pécresse. The temporary installation of the European flag under the Arc de Triomphe to greet the start of the French presidency of the Council of the European Union was strongly criticized by the far right and the right, this Saturday January 1st.

A few hours after the controversy, the Secretary of State for European Affairs Clément Beaune declared that the French flag, replaced by that of Europe under the Arc de Triomphe for the start of the French presidency of the EU, was “obviously” going to be reinstalled. He criticized the right for “running” with this controversy “after” the extreme right, targeting the LR presidential candidate Valérie Pécresse. “Copy his tweets and his controversial bass, what sadness,” he added.

Read:  Disney +: 10 movies and series to watch during the Christmas holidays

“The device was put in place for a few days, with the illuminations,” said Clément Beaune in a statement to AFP, reports BMFTV. And to recall that “the last rotating French presidency of the EU, under Nicolas Sarkozy, in 2008 had also opted for these illuminations”.