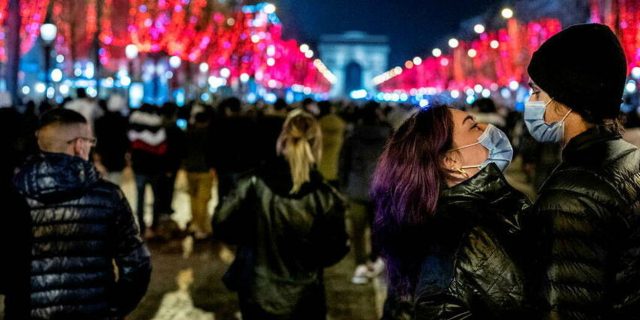 SAccording to some studies, it could be more contagious than the original version. A sub-variant of the Omicron coronavirus strain has been detected in no fewer than 57 countries, the World Health Organization (WHO) announced on Wednesday February 2. Omicron, which spreads and mutates rapidly, has become the world’s dominant variant since it was first detected in southern Africa ten weeks ago. In its weekly epidemiological bulletin, the World Health Organization explains that this variant, which represents more than 93% of all coronavirus specimens collected over the past month, has several subvariants: BA.1, BA.1.1 , BA.2 and BA.3.

BA.1 and BA.1.1 – the earliest identified versions – still make up more than 96% of the Omicron sequences uploaded to the global Gisaid database. But there is a marked increase in the number of cases involving BA.2, which has several different mutations from the original version, in particular on the Spike protein marking the surface of the virus and which is essential for entering human cells. “Sequences designated BA.2 have been submitted to Gisaid by 57 countries to date,” the WHO pointed out, adding that in some countries this subvariant now accounts for more than half of the Omicron sequences collected.

The WHO said little is still known about the differences between the subvariants and called for studies to be carried out on the characteristics of the virus, including its transmissibility, its ability to evade immune protections and its virulence. Several recent studies have suggested that BA.2 is more contagious than the original Omicron.

Maria Van Kerkhove, one of the WHO’s leading Covid experts, told reporters on Tuesday that information on the subvariant was limited, but some initial data indicated that BA.2 had “a slight increase in growth rate compared to BA.1”. Omicron generally causes less severe disease than previous variants of the coronavirus and Mme Van Kerkhove said there was no evidence so far that the BA.2 subvariant exhibited more severity.