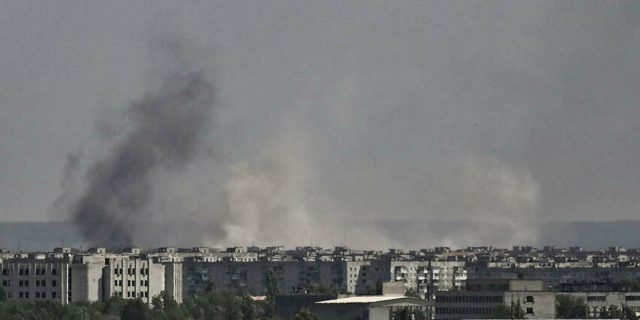 LRussian forces now control “part” of Sievierodonetsk, a city in eastern Ukraine, which they have been shelling and trying to take for weeks, the region’s governor announced on Tuesday. “The situation is extremely complicated. Part of Sievierodonetsk is controlled by the Russians,” Serguii Gaïdaï, head of the Luhansk region, said on Telegram. However, he said that the Russians “cannot advance freely”, with Ukrainian fighters “still remaining” in the city. “The enemy is planning an operation to clean up the territory of the neighboring villages,” Serguïï Gaïdaï said again, saying that he had no news of three doctors who had disappeared since the day before.

On Monday, the governor announced that Russian forces had advanced to the center of Sievierodonetsk, a pre-war city of some 100,000 that is now largely destroyed and deserted. The city has been shelled for weeks by Russian forces and the pro-Russian separatists fighting alongside them. Dozens of civilians were killed there. Sievierodonetsk and its twin city of Lysychansk are located more than 80 kilometers east of Kramatorsk, which has become the administrative center of Ukraine’s Donbass since Moscow-backed separatists seized the eastern part of this large coalfield in 2014.

Read:  “If necessary, we will go as far as Moscow”: patriotic mobilization in Ukraine