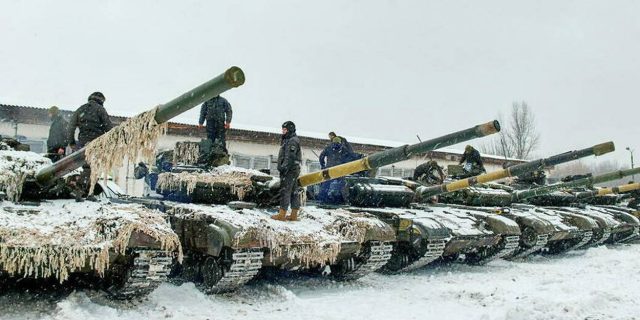 HThere is no question of going back. On its Facebook page, the Russian Embassy in Washington was particularly clear on Tuesday 1er February. Russia categorically refuses to “beat a retreat” in the face of US sanctions threats. A statement in the form of a warning, before a telephone conversation of primary importance between the representatives of Vladimir Putin and Joe Biden, Sergei Lavrov and Antony Blinken.

“We are not going to retreat and stand to attention while listening to American sanctions threats,” the embassy asserts, adopting a willingly martial tone. “It is Washington, not Moscow, which is fueling the tensions,” she wrote again. The Russian embassy reacted to a tweet from American diplomacy incriminating Moscow for having “invaded” Ukraine in 2014 and annexed the Crimean peninsula.

This unwelcome exchange takes place in a context of high tensions around Ukraine. Russia is accused by the West of having massed tens of thousands of soldiers on the border of its neighbor in anticipation of a possible invasion. Russia denies any bellicose intentions, but conditions any de-escalation on a list of requirements, necessary, according to it, to guarantee its security, in particular the assurance that Ukraine will never be a member of NATO.

On Tuesday, US Secretary of State Antony Blinken is to meet with his Russian counterpart Sergei Lavrov on the follow-up to be given to this crisis, as discussions so far have illustrated the gulf between the two camps. Ukraine has been torn apart since 2014 by a conflict in the east of the country between forces in Kiev and pro-Russian separatists backed by Moscow.