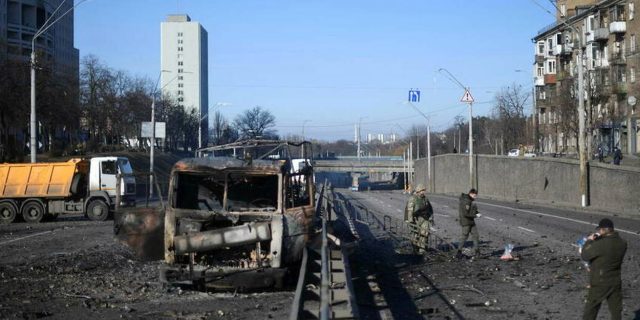 Strategist, Benoist Bihan is the author of War: thinking about it & doing it. He is also the adviser on military strategy affairs for the journal Wars and History. He is particularly specialized in the analysis of Russian military thought. Four days after the start of the Russian offensive in Ukraine, Benoist Bihan answers questions from the Point.

Point : How, after four days, do you analyze the Russian strategy for the invasion of Ukraine?

Benoist Bihan: It does not correspond exactly to the planned script of a brutal, massive offensive, which would have corresponded to the central concept of the Russian army, in continuity with the rest with the USSR: to act simultaneously over the entire depth of an operational terrain. You can see it in several clues. First, the low use of the complex acknowledges…