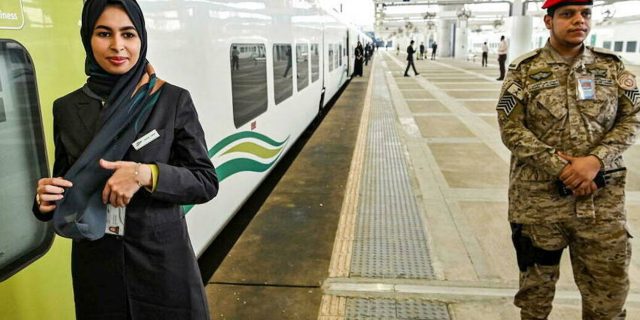 DSaudi women will soon be allowed to maneuver a train. A railway company launched a call for applications for driver positions, to which 28,000 women, aged between 22 and 30, responded. As LCI reports, Thursday, February 17, this subsidiary of the Renfe company will select thirty women, a first in the history of Saudi Arabia.

The recruitment process has been a hot topic for the past month. Applicants must pass selection tests, based on online tests assessing their academic record and their level of English. The successful candidates will have one year, by mid-March, to train to drive the famous trains, while being paid for their training. The drivers will have to travel between the holy cities of Mecca and Medina, aboard the first high-speed train in the Middle East.

In Saudi Arabia, one in three working women

Living alone, traveling abroad, driving a car… Saudi women have benefited in recent years from societal reforms aimed at easing the restrictions to which they were subject. Led by King Salman and his son, Crown Prince Mohammed bin Salman (MBS), the ultra-conservative kingdom has paved the way for women in the workforce. While in 2018, the activity rate of Saudi women was among the lowest in the world (less than 20%), it is now a third.

Read:  Burkina Faso: the trial of the assassination of Thomas Sankara resumes in Ouagadougou