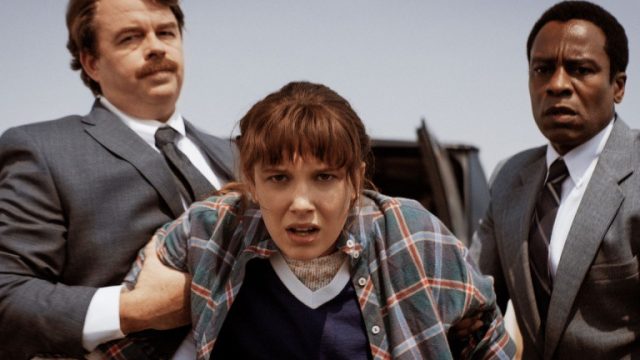 The first part of season 4 of Stranger Things has just been released and its sequel will follow within a month. While waiting for the conclusion of the saga, you may not have any more series to watch. This is why, for you fans of Stranger Things, the editorial staff of HelloSolar.info offers you a selection of 5 series with similar style and/or themes.

Created by Brian Young and released in January 2021, Destiny: The Winx Saga is an Italian-British live-action adaptation of the Italian cartoon Winx Club by Iginio Straffi. In a world parallel to that of Men, the Alféa school has been known to train fairies in the magical arts for several thousand years. Bloom is a teenager raised in the human world who recently discovered her powers. Joining the school to master her talents, our heroine shares her room with four other girls: Stella, Aisha, Terra Harvey and Musa.

Let’s continue with the adaptation of the comics Locke & Key by Joe Hill and Gabriel Rodriguez. Released in February 2020, the series of the same name immerses us in the life of the Locke family. Following the murder of their father in more than strange circumstances, siblings Tyler, Kinsey and Bode move in with their mother Dina in Keyhouse. On the spot, our protagonists discover magic keys with supernatural powers. However, in the shadows, a mysterious demon covets these keys and will do anything to get them.

Read:  The indie games of the week not to be missed

Shadow and Bone: The Grisha Saga

Released in April 2021, Shadow and Bone: The Grisha Saga is an adaptation of the Grisha literary trilogy and spin-off Six of Crows by Leigh Bardugo. The Kingdom of Ravka has been plagued by a curse for millennia. The heroine named Alina is recruited by the army to join a powerful contingent of magicians… the famous Grisha. In this dark and dangerous world, the presence of the young woman threatens to change everything.

We continue with the adaptation of the comics sweettooth by Jeff Lemire, Sweet Tooth. Released in 2021, the series of the same name plunges us into a post-apocalyptic world in which humanity is decimated by a mysterious virus causing countless mutations. Several years later, a young half-man half-deer hybrid boy sets out to discover this hostile new world where his species is persecuted. ‘Sweet Tooth is an extraordinary adventure combining fantasy and awareness.

We end this selection with the adaptation of the literary saga The Witcher written by Andrzej Sapkowski and brought to light by the games The Witcher by CD Projekt RED. Released in 2019 on our screens and bearing the same name as the hit game series, the plot takes place long before the events of the Witcher video game saga. In a medieval-fantasy world where war is raging, the fate of a witcher named Geralt de Riv is linked to that of a young girl, Princess Cirilla, Lion Cub of Cintra.