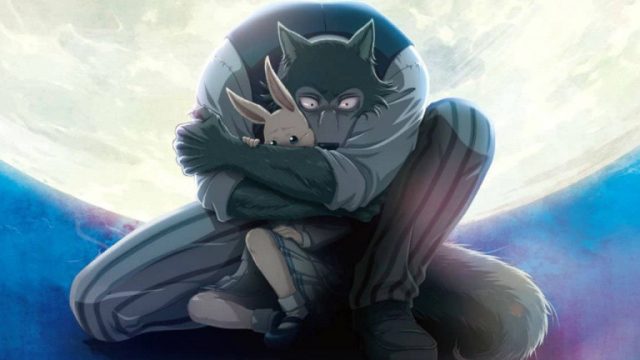 news culture Mangas and webtoons: releases for the month of June 2022

As summer approaches, you have to believe that the holidays are already out for manga. Evidenced by the releases of the month of June, which seem much lighter than the previous months.

Some of the works presented here are in progress. It is possible that important information of the selected mangas will be leaked, thus spoiling the pleasure of discovery during reading.

The big manga releases of March 2022

Beastars: what would a human society look like but with animals?

Already mentioned in the columns of HelloSolar.info, the manga Beastars makes his return. At least in June, volume 22 will be published in France and will mark the end of Paru Itagaki’s work. Launched in 2017 in Japan, it sets its scene in a society similar to that of human society, but without the latter. We experience it through Legoshi, a white wolf in high school, who will be confronted with various problems: cohabitation and inter-species relations, in particular between carnivores and herbivores. This last volume of Beastars should therefore bring several answers to certain question marks arisen in the story: how the love story not like the others of Legoshi? Will he succeed in capturing his worst enemy, from parents with different species? A story to also begin on Netflix with the first two seasons, the third being the last but not yet dated.

March comes in like a Lion: Japanese chess and depression

Real cardboard in Japan, March comes in like a Lion also landed in France with the fever of success. Witness the sixteenth volume which is about to be published in June. Far from the main codes that make popular manga successful (science fiction, fantasy, magic or even Yakuza), March comes in like a Lion centers its story around Rei Kiriyama. A young teenager who lost his parents in an accident, he is welcomed into a family by a shogi (Japanese chess) companion of his father. He excels in the field, to the point of attracting the jealousy of his new brother and his new sister. He then decides to isolate himself and to devote his life only to shogi: a loneliness that will weigh on him, but whose unexpected encounter with Akari Kawamoto and his young sisters will change everything.

A Couple of Cuckoos: an adopted love triangle

Already with twelve volumes published in Japan, the manga A Couple of Cuckoos (which can be translated as A Couple of Cuckoos) is about to see its third volume arrive, distributed in France during the month of June. The publisher Pika takes care of the publication in France, already publisher of Fairy Tail, GTO or Blue Lock in France. A Couple of Cuckoos tells the story of two children, Nagi and Erika, switched at birth. The two meet their biological families and learn that their parents predestine them for an arranged marriage. A decision that Nagi and Erika refuse, especially since Nagi seems to have her heart already taken. Love triangle on the program. For those who are more fans of manga in television form with adaptation currently broadcast on Crunchyroll. It is produced by SynergySP studios, Shin-Ei Animation, studios that have produced works unknown to the general public;

Read:  Football Manager 2022: the best players for each position, all our guides

The Quintessential Quintuplets: being a private tutor to five twin sisters in your own class

Concluded at the beginning of April 2022, the all-color reissue of The Quintessential Quintuplets deserves attention to the work of Haruba Negi. We follow the adventures of high school student Fûtaro: the latter seeks to make some pocket money and lands a small job as a private teacher for a rich family. The problem ? It is that there is not a single student but five, and that these are five twin sisters that Fûtaro knows well: they are in his class. They are all very dissipated and do not like to work. Fûtaro must then win their trust to succeed in his mission. The Quintessential Quintuplets is a manga whose theme is adolescence, love and of course the school life of high school students. A work that can also be found in television format: two seasons and a film can be found on the SVOD Crunchyroll platform

Popular manga in recent months, otaku otaku comes to an end in France in June with the forthcoming publication of the twelfth and final volume. The opportunity for HelloSolar.info to come back to the synopsis of this manga which was a hit in France. In the work produced by Fujita, we follow the journeys of Narumi Momose who swears not to reveal any of her secrets concerning her passion around mangas which highlight romantic relationships between men to her future new colleagues: a reasoned decision by his last breakup, which quickly falls into abandonment since one of them imagines himself to be a longtime former friend of Narumi who is called Hirotaka Nifuji. Determined not to spread the rumors, Narumi decides to invite HItoaka to go for a drink to catch up on the persuaded time. However, it is a completely different proposal that will submit to him.

The other big releases of the month

The novelties to watch for June 2022

Diamond in the Rough: the next manga nugget?

In the world of Diamond in the Rough, minerals are of paramount importance. They can be used to purify water, to make light or to generate fire. Feats achievable thanks to ore craftsmen, recognizable by the characteristic earring they wear. We follow the adventures of Kai, a young miner who combines jobs to continue living. He then meets Akeboshi, an ore craftsman passing through his village, whom he tries to question but confuses with another person. Akeboshi is then baited by the mayor of the village who tells him that a red diamond, one of the rarest minerals, is in the village. Except it’s in Kai’s petrified leg. A series of events then appears, and makes Kai Akeboshi’s apprentice: the two then embark on a total adventure through the world.

Read:  Marvel's Spider-Man: some No Way Home content to pick up soon, but not for everyone

The Druid of Seoul Station: the strong comeback of manhwa?

A new manhwa back in the selection of manga of the month. Known to fans of the genre, The Druid of the Seoul Station follows the same path as the famous Solo Leveling. In this work written by Mun Seong Ho and drawn by Hwalseonggom, natural disasters occur suddenly and spontaneously (lightning during tsunamis, earthquakes…). The latter cause the appearance of portals facilitating the passage of creatures on Earth. A turn of events that will not only partially affect Suho Park, the main character of this story: at that moment, he is teleported to another world where he lives with the wolves in a conflict with the gorillas. 10,000 years pass and then he is sent back to Earth… where only ten years have passed! There follows a long classification system, where Syho will show particular ease for the tasks he will have to perform.

The Alchemist Prince: a mix between Fullmetal Alchemist and Dr. Stone?

This is a manga that is sure to catch the eyes of fans of a certain work. Fullmetal Alchemistoften considered one of the best manga of all time thanks to its anime adaptation Brotherhoodseems to have found a spiritual heir with The Alchemist Prince. The work drawn by S. Kosugi and written by Tsuiko Rui tells the story of Hiro. He is reincarnated as the third prince of a poor country, which he promises to save from famine. To do this, he very quickly learns the long-banned art of alchemy, the mysteries of which he mixes with his knowledge of modern Japan. A fusion of styles that allows Hiro to acquire great power for his purpose, but whose road is still full of obstacles.

Wandance: words are not only expressed through the mouth

Change of amicability with wandance (Where WonDance, we can say both): exit the monsters and the magic and return to the school benches. The work, produced by Coffee, focuses on Kotani Kaboku: a student who does not want to cause a stir and who wants to remain as unnoticed as possible, especially since he is a stutterer. One day, an encounter will change her life: that of Wanda Hikari. This student in the middle of the day and alone, dances in class. A behavior synonymous with freedom for Kotani who decides to join the dance club. After all, you don’t need words to express yourself.