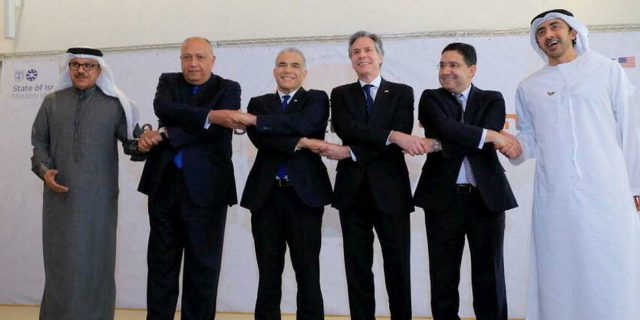 Ihe Israeli media have finally admitted it: the Negev summit is not just a simple com operation by Yaïr Lapid, the Minister of Foreign Affairs. But indeed a historical event. Four Arab heads of diplomacy gathered alongside their Israeli counterpart and US Secretary of State Antony Blinken at Sde Boker, the kibbutz where David Ben-Gurion, the founder of the State of Israel, lived and is buried. The symbol is very strong. Just like the cliché that closed the meeting: the six men taking hands to form a human chain.

It was not just a simple ceremony intended to confirm the agreements of Abraham, but indeed a meeting aimed at sealing an alliance in good and due form against Ira…