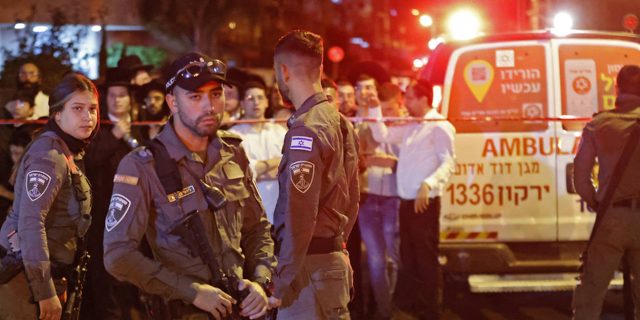 ATAt least five people were killed Tuesday, March 29 in armed attacks in the suburbs of the Israeli metropolis Tel Aviv, in the city of Bnei Brak, said the emergency services. Police said they shot the assailant without revealing his identity. These are the third shootings in Israel in a week. “Unfortunately, we have seen the death of five people,” Elie Bin, director of Magen David Adom, the Israeli equivalent of the Red Cross, told the Kan channel.

In the evening, residents of Bnei Brak, an ultra-Orthodox city on the outskirts of Tel Aviv, then of the neighboring town of Ramat Gan reported a man driving in a car and opening fire on passers-by. The Israeli police confirmed these attacks and later indicated that the assailant had been shot dead by the security forces who were patrolling these areas. The attack was not immediately claimed. Israeli Prime Minister Naftali Bennett has announced that senior security officials will meet in the evening to take stock of the situation.

More than ten dead in less than a week

Sunday in Hadera, in the north of Israel, two police officers, including a Franco-Israeli, were killed in a shooting claimed by the jihadist organization Islamic State (IS). Israeli police have identified the attackers who were shot as Israeli Arab ISIS operatives.

On March 22, in Beersheva (south), four Israelis – two men and two women – were killed in a knife and ramming attack perpetrated by a man inspired by the ideology of the IS group. The assailant, who died, was a teacher sentenced in 2016 to four years in prison for planning to travel to Syria to fight in IS and for preaching his apology.

After the attack in Hadera on Sunday, the Palestinian armed Islamist movements of Hamas and Islamic Jihad hailed a “heroic operation”. Hamas, the ruling group in the Gaza Strip, said it was a “natural and legitimate response to the occupation” and to Israel’s “crimes”. These attacks come at a time when meetings are increasing in an attempt to ease tensions as Ramadan approaches, the month of Muslim fasting which is due to begin at the end of the week. In 2021, clashes between Israeli forces and Palestinian demonstrators during Ramadan in Jerusalem, notably on the esplanade of the Mosques, led to a deadly 11-day war between Hamas, in power in Gaza, and the Israeli army.

UN and US condemnation

The United States has “strongly” condemned the attacks in Israel. “We strongly condemn today’s terrorist attack in Bnei Brak, Israel (…). This violence is unacceptable. Israelis, like all people around the world, should be able to live in peace and without fear,” US Foreign Minister Antony Blinken said in a statement. António Guterres, head of the UN, also condemned the recent terrorist attacks which caused the death of at least 11 people and called for an immediate end to the violence.