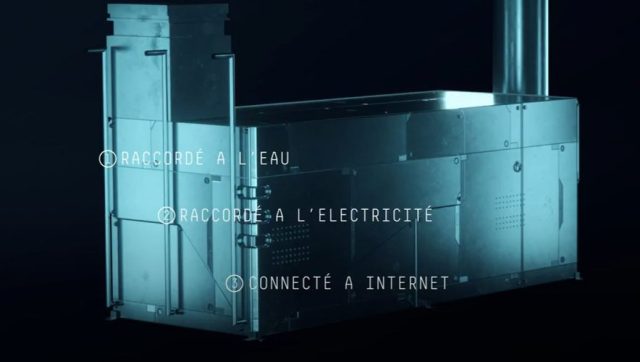 Since the start of the Russian invasion of Ukraine, requests for fallout shelters have risen sharply in France, where there are barely 1,000.

“In one month, we went from ten visits to our site per day to a thousand. And from one estimate to more than nine hundred”. Mathieu Seranne, boss of the young company Artemis Protection still cannot believe it. In one month the requests exploded. The war in Ukraine having revived fears of a nuclear catastrophe.

Unexpectedly, not all clients are wealthy wealthy people. “We have postal workers, paramedics, CNRS researchers, doctors, members of the diplomacy”, specifies Mathieu Séranne who does business with French people aged 40 and 75. “Of course, the prices are expensive, but customers see it as an extension of the house. And as an added value when reselling,” he says.

France has the largest European nuclear fleet (56 reactors spread over 18 sites) and is the 2nd producer of electricity of nuclear origin behind the United States.

Yet it has only 1,000 military fallout shelters and about 400 private shelters. Derisory figures, unlike Russia, Israel or Switzerland, which required its residents to have a fallout shelter for each residential building built and whose protection rate is 100%.

What motivates buyers first is the fear of a problem in one of the Ukrainian power plants. We know that they were stormed by the Russians and that they held the professionals inside hostage. “The fear of a Third World War or a bomb is not the reason why my clients ask for quotes. They are not paranoid”, explains Mathieu Seranne “despite the discourse of the media which revolved a lot around the nuclear war”.

Read:  Ukraine: Biden warns Putin of “severe and rapid repercussions” in the event of an attack

In the event of a nuclear problem, therefore, customers will be able to take refuge in fully equipped fallout shelters with all the necessary comforts (kitchen, bathroom, living room, TV, bedroom, etc.), far from the cold and gloomy bunker of the second World War. In terms of survival, huge stocks are expected. “We don’t just deliver a shelter, we deliver a package with all the necessary equipment. Customers want everything to be ready upon delivery, just in case”, specifies Mathieu Seranne.

Panic room, bunker, climatic shelter… what are the differences?

There are different types of security shelters. Panic rooms are temporary shelters designed in the event of an attack and/or break-in. They provide protection while help arrives.

Climatic shelters are underground and provide refuge from natural events.

As for the bunkers, also underground, they provide theoretical protection in all circumstances, even if the ground collapses.

Small or large model, you cannot build a shelter just anywhere: a soil study is necessary. It can be buried in the garden of a house or upstream of a new construction. Depending on this, you have to check the local urban plan, file a building permit depending on the size of the shelter…

In any case, it is preferable for the shelter to be buried, otherwise the protective effectiveness of the layer of earth between the shelter and the ground, which will attenuate the radiation, would be lost.

For those who intend to take shelter immediately, they will have to wait several weeks because it takes manufacturing (between 3 and 5) and administrative procedures.

Read:  Tunisia: "It's a settling of accounts with the magistrates"

As for those who would like to keep the secret, it is impossible because the request for a building permit must mean that it is a fallout shelter “and not a wine cellar!”, as the says Mathieu Seranne.

In recent weeks, 85% of requests for the installation of bunkers come from the south, more precisely from the PACA region and are Russian-speaking.

These shelters also protect against the biological risks of an infection, an intoxication, a biological invasion. They form a security against a tornado, a cyclone or a landslide. The Bunkl site also promotes shelters to protect against “social risks: insurgencies, civil wars and attacks”.

Where to hide in the event of a nuclear attack?

There are barely 1,000 fallout shelters in France. So where to take refuge in the event of a nuclear attack?

The Le Redoutable submarine in Cherbourg would be sufficiently secure.

In Paris there is a place built during the Cold War and which has 14 shelters: Radio France! They would be accessible through galleries located under the building.

The Elysée also has a 250 m2 shelter under the palace.

On the Normandy coast, bunkers would also provide shelter but not resistance to a nuclear attack, just like the catacombs of Paris.

Public shelters in schools or town halls, private bunkers in buildings or houses, each of the 8.6 million Swiss would have enough to protect themselves. The country would have 360,000 shelters throughout the territory.

These shelters have been a legal obligation in Switzerland since the 1960s. It is a holdover from the time of the Cold War. A law obliges to build protected spaces and to guarantee a place per inhabitant.