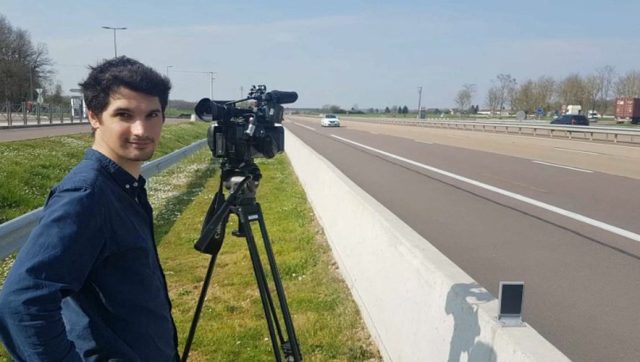 Frédéric Leclerc-Imhoff, French journalist for BFMTV was killed in Ukraine on Monday May 30. He was hit by shrapnel while documenting the evacuation of civilians. The next day, his companion spoke on social networks.

His face is all over social media. Image reporter in Ukraine for BFMTV, Frédéric Leclerc-Imhoff lost his life on Monday. Tributes have followed one another since for this young 32-year-old journalist. The one who probably knew the victim best, Sam, his companion, chose Instagram to express himself.

The fear of a homophobic attack

A decision taken late in the night from Monday to Tuesday, after he had “scoured all the articles ‘who was Frédéric Leclerc-Imhoff’.” “There is none that is right, none that transcribes the person I loved and lost yesterday in Ukraine. The political recoveries I read already make me want to puke. I want him do justice with my words, as much as possible.”

Read:  Does Nintendo intend to launch into the metaverse? Here is the editor's clear answer!

The young man then describes a “sensitive, attentive and committed” man with whom he “could discuss the news for hours, his job fascinated him despite the precariousness of the status of freelancer and the hours of hell that had been imposed on him for years.”

Sam also describes his fear of a homophobic attack, even more important when Frédéric Leclerc-Imhoff left for Ukraine. “I told him to delete the photos on his phone before leaving for Ukraine, just in case.”

Mourning, the young man ends his tribute with a heartbreaking conclusion: “Here, Fred died yesterday and I have the impression that time has stood still. When he left for Ukraine, we said to ourselves that a month without seeing each other was really too long. A month became the rest of my life.”