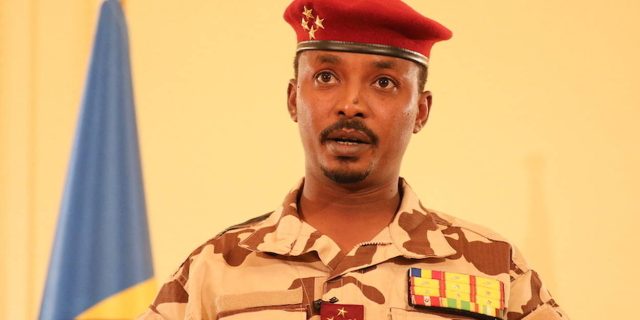 IA year ago, the army announced that Chadian President Idriss Déby Itno, at the head of a very authoritarian regime for 30 years, had been killed at the front against yet another rebellion. That is nine days after the presidential election which he won in the first round, for a sixth term. On the same day, April 20, 2021, his son Mahamat Idriss Déby Itno, a young 37-year-old general, was proclaimed leader of a junta of 15 generals and President of the Transitional Republic, in agreement with the President of the National Assembly , Haroun Kabadi, constitutional successor in the event of the death of the Head of State.

He was immediately dubbed by the international community, France, European Union (EU) and African Union (AU) in the lead, the same ones who sanction putschist soldiers elsewhere in Africa. Because his army is essential in the war against the jihadists in the Sahel and Mahamat Déby promises to hand over power to civilians within 18 months. But the situation has since stabilized.

What did the junta promise a year ago?

The new strongman of N’Djamena immediately dissolves Parliament, dismisses the government, repeals the Constitution, but promises “free and democratic elections” after an eighteen-month transition. Renewable “once”, tempers, the next day, a “Transition Charter”. General Déby also undertakes not to run for the future presidential election.

Paris, the EU and the AU are asking that the transition not exceed 18 months, which implies the organization of elections in the fall of 2022.

First stroke of the penknife in these commitments two months later: Mahamat Déby is considering an extension of the transition, if the Chadians are not “able to get along”, and “offers to God” his personal “destiny” for the presidential election.

Another important promise: an “Inclusive National Dialogue” open to “all” opposition, political and armed, therefore to the fifty or so rebel groups and small groups that have been harassing power for 30 years.

Why will it be difficult, if not impossible, to hold?

Today, the elections are a chimera six months from the theoretical deadline, as the positions are at antipodes and the delays irreversible.

A “pre-peace dialogue”, imperative for their participation in the inclusive dialogue, opens in Doha on March 13 with “all” the armed groups. An “outstretched hand”, as Mahamat Déby says, which contrasts with the intransigence of his father. This is where the shoe pinches: more than 250 members of some fifty rebel movements have been in the capital of Qatar for a month but refuse to speak directly to the emissaries of the junta and cannot even get along between them.

The opposition sees it as a dilatory maneuver by the government to sabotage these talks in advance by imposing on the Qatari mediator, who opposed it, a staggering number of interlocutors, a guaranteed recipe for a dialogue of the deaf.

A month later, in Doha, no tangible progress has emerged and maintaining the national dialogue scheduled for May 10 in N’Djamena seems illusory. Especially since the political opposition – which Mahamat Déby allows to manifest, something inconceivable under his father – has been sulking since the beginning of April of the organization of the forum and threatens to boycott it, accusing the junta of perpetuating “human rights violations” and of prepare a presidential candidacy for General Déby.

“The transition schedule will not be respected”, predicts Thierry Vircoulon, specialist in Central Africa at the French Institute of International Relations (Ifri).

“Doha is not moving forward, an agreement will be very difficult to find, which is pushing back the transition,” agrees Roland Marchal, from the Center for International Research (Ceri) at Sciences Po Paris.

However, on Saturday April 16, the junta promised that the May 10 date would be maintained. “The dialogue expected by all must imperatively lead to democratic institutions”, insists the transitional government appointed by Mahamat Déby to the address of the skeptics.

But for now, the perpetuation of the father’s regime seems the most likely hypothesis. His very authoritarian power relied on his all-powerful army, whose supervision is locked by his Zaghawa ethnic group. However, the son quickly “consolidated his power by surrounding himself with the caciques of the old regime”, assures Thierry Vircoulon, “there is a real continuity between the father and the son, the Déby system is still in place”. “It is always the same people who are in power, around the Zaghawas”, adds Roland Marchal.

This status quo could also suit a majority of Chadians and the international community, who see it as a guarantee of stability in a tormented region – with the Central African Republic, Libya and Sudan as neighbors – and against the activism of jihadists. of Boko Haram and the Islamic State group around Lake Chad. “On security, things are fairly well managed for the moment, armed groups do not represent a threat”, assures Thierry Vircoulon. For a year, the rebels have not launched any offensive.