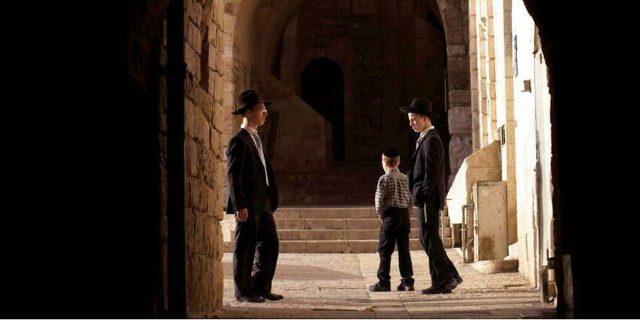 LActs with an anti-Semitic motive reached their highest level in ten years in 2021 with more than ten incidents a day worldwide, according to a report published Monday by the Jewish Agency and the World Zionist Organization. Nearly 50% of anti-Semitic acts occurred in Europe and nearly 30% in the United States, this annual report indicates. “This year has seen a record number of anti-Semitic acts around the world,” he worries.

“The main acts recorded are vandalism, destruction, tagging and the desecration of tombstones, followed by acts of propaganda”, underlines the report. “Physical and verbal attacks represent less than a third of the incidents” recorded, said the report, published three days before the International Day dedicated to the memory of the victims of the Holocaust, Thursday. The report also notes “a dramatic increase in the number of anti-Semitic conspiracies posted on social media” and finds that the rise in anti-Semitic acts in 2021 is partly linked to the coronavirus pandemic.

Read:  Oscars: at the heart of a controversy, the film "Amira" will not go to Hollywood

During demonstrations against health restrictions around the world, some protesters have used symbols like the yellow star, leading to the “trivialization of the Holocaust”, according to the report. The increase in anti-Semitic acts is also linked to the war that opposed Israel and Hamas in May 2021, for the fourth time since the armed Islamist movement took power in Gaza.

Against the backdrop of tensions that began in East Jerusalem, a blitzkrieg then left 260 dead on the Palestinian side, including many fighters, and 13 dead in Israel, including a soldier, according to local authorities. This conflict “provoked a wave of pro-Palestinian and anti-Israeli protests, the vast majority of which escalated into anti-Semitic incidents and serious violence against local Jews,” the report said.

The document also notes important successes in the fight against anti-Semitism in 2021. For example, countries and governments have adopted new laws to combat anti-Semitism, it adds. In a separate report by the Combat Antisemitism Movement (CAM), an organization of more than 100 NGOs, the authors say the use of Holocaust-related symbols during protests against health measures linked to the coronavirus pandemic have allowed the trivialization of the Holocaust.

A study of social networks between 2020 and 2021 revealed more than 60 million links made between the Holocaust and Covid-19, the majority in English and then in Hebrew and Spanish. “The trivialization of Nazi crimes against humanity fuels revisionist propaganda that seeks to downplay Nazi culpability and create spaces for anti-Semitic conspiracies and Holocaust denial,” CAM director Sacha Roytman said. Dratwa.

“The memory of the Holocaust is the basis of the fight against anti-Semitism and I call on policymakers, internet giants and the public to take this dangerous trend seriously,” he added.