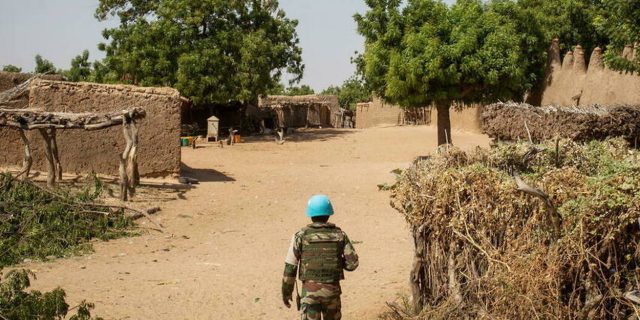 Lhe spokesperson for Minusma, Olivier Salgado, announced on social networks that a peacekeeper died on Wednesday morning in the attack on their convoy in Kindal, in northern Mali. Three others are injured, he said. The peacekeepers affected are part of the Jordanian contingent of Minusma, said a security official on condition of anonymity. The Minusma had previously mentioned a “terrorist” attack without specifying the alleged perpetrators.

“Their convoy came under direct fire with small arms and RPG (rocket launchers) for about an hour,” said Olivier Salgado in a first tweet. “Unfortunately, one of the peacekeepers succumbed to his injuries following the attack this morning,” he added later.

With some 13,000 soldiers, the Minusma, created in 2013 to support the Malian political process, is the UN peacekeeping mission that has suffered the most human losses. A total of 172 of its peacekeepers died in attacks, according to the mission.

Read:  Covid-19: return to telework and vaccination pass for the United Kingdom

A political and security crisis

Mali, a poor and landlocked country in the heart of the Sahel, was the scene of two military coups in August 2020 and May 2021. The political crisis goes hand in hand with a serious ongoing security crisis since 2012 and the outbreak of separatist and jihadist insurgencies in the north.

The country is now ruled by a junta that has turned away from France and its partners, and has turned to Russia in an attempt to stem the spread of jihadism that has spread to the center and neighboring Burkina Faso and Niger. . This violence caused thousands of civilian and military deaths as well as hundreds of thousands of displaced persons.