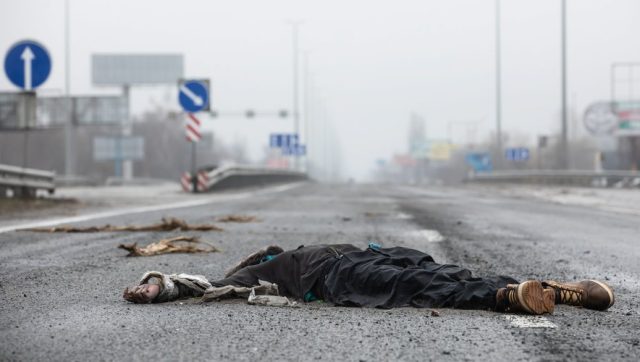 Colonel Eric Emeraux, now retired from the gendarmerie, headed the Central Office for the Fight against Crimes against Humanity (OCLCH) for five years. In view of his experience in Rwanda, Bosnia and Syria, this officer who also headed the Montpellier research section analyzes the current situation in Ukraine and the difficulties that international justice will encounter.

How do you view the abuses in Ukraine: war crimes, genocide, crimes against humanity?

For there to be a war crime, there must be an international armed conflict, and before qualifying the facts, we must of course investigate. For a genocide or a crime against humanity, it is necessary to demonstrate the existence of a prior concerted plan. Given what we can see, we can consider that a certain number of war crimes have been committed, according to what the Geneva Conventions define, where everything is described. It identifies attacks on persons, such as summary executions, rape or arbitrary detention, but also attacks on property, such as the bombing of hospitals or attacks on humanitarian organizations.

How to materialize these facts?

From Iraq and Syria, and this is currently being done in Ukraine, we have moved on to real-time documentation of war crimes. At the time of Rwanda, the images only came from the journalists on the spot. The great novelty is that today any local resident can document a war crime with their mobile phone. Today we also have NGOs that can investigate from their office by comparing evidence, photos, videos, satellite images, geolocation, metadata: with this, we can check quite easily whether the facts are proven or not.

French justice has already opened three investigations. Does she have the means to carry them out?

The legal structure exists, but the means are limited. When I left the OCLCH in 2020, there were four investigating judges, five prosecutors, and around thirty investigators, for 150 investigation files already opened on Rwanda, Syria, Iraq , Sri Lanka. Given the situation in Ukraine, new files will be opened: the French State will have to put in place a lot of resources for these new investigations.

Is a trial of Vladimir Putin possible?

In fact, trying Vladimir Putin is legally conceivable, but a war crime investigation is a long investigation. Neither Russia nor Ukraine are members of the Rome Statute, which established the International Criminal Court (ICC) and all related offences. But Ukraine granted the ICC, after the invasion of Crimea, the possibility for the ICC to investigate on its territory for war crimes.

An investigation into the crime of aggression would be quicker, but for that it would be necessary for the States to agree, and for the United Nations Security Council to be reformed, which has now become an insecurity council: three of its members, the United States, Russia and China do not recognize the jurisdiction of the ICC, and today it is one of its members who is suspected of war crimes. But issuing international arrest warrants, as was the case for those implicated in Syria, already has an impact on a daily basis, because they prevent those targeted from moving freely. And who knows what Russia will be like in five years?

Can we think that war crimes are also attributable to the Ukrainian army?

The Geneva Convention is valid for all protagonists in a conflict, including militias. Having worked in the Slavic countries, and intuitively, seeing the energy that the Ukrainian people put into defending their territory, this risk exists. Investigations on Ukrainian territory must concern all parties.