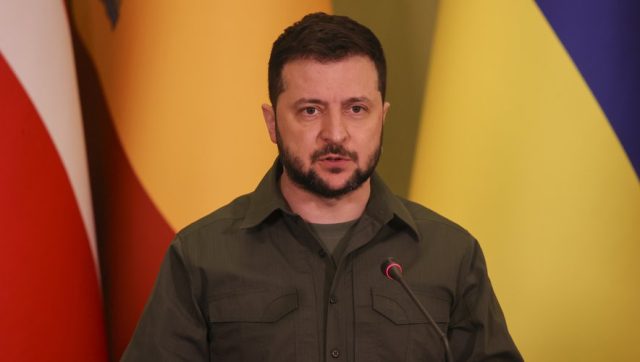 The Ukrainian president gave a press conference live from the kyiv metro, in front of nearly two hundred journalists, this Saturday evening.

It was live from the kyiv metro, for obvious security reasons, that Ukrainian President Volodymyr Zelensky held a press conference in front of nearly two hundred journalists this Saturday afternoon.

Asked about Putin’s politics, the Ukrainian president said he had “a hard time knowing why for all these years he held on to his table as president. It’s probably related to why his army is came to our land, like a cobra, crawling and encroaching on our lands. The war has been going on for eight years and the Russian Federation at various levels has tried to influence Ukraine.”

On his negotiations with Russia, the Ukrainian President explained that “It is those who started the war who must stop it” and that these negotiations “It’s not what I want, but I have to”.

“We cannot have the same attitude towards the aggressor and the victim, therefore towards Russia and Ukraine”, declared President Zelensky. It was Russia that brought the war to Ukraine”, insisting that “the truth is 100% on the side of Ukraine” and regretting: “He should first come to Ukraine, in the massacres, on the field, to have a very precise perception of the realities”.

“After this war, we will be a fortress state”said the president.

For the Ukrainian president, it is “a world war”

Zelensky warned the international community: “If we fall, you’ll be next”. For him: this war is not only in Ukraine, it’s a world war“.

On the siege of Mariupol, he admitted that his country was “not in a position to unblock the siege militarily” of the city and mentioned “500,000 Ukrainians deported” to Russia, whose “Nazi policy” he denounced.

Read:  War in Ukraine – With the International Legion “Zelensky”

Responding to a journalist’s question, the Ukrainian president affirmed that: “until the war is over, I will not leave Ukraine”.

The press conference was interrupted for a few seconds by the passage of a metro.

The head of American diplomacy visits kyiv this Sunday

Finally, Zelensky revealed that he will receive the head of American diplomacy visiting kyiv this Sunday.

Antony Blinken, as well as the Secretary of State for Defense Lloyd Austin, will go to kyiv, to speak about the deliveries of American weapons.

“We have high expectations for this meeting because we have given lists that correspond to our needs and we will discuss them tomorrow,” explained Volodymyr Zelensky.