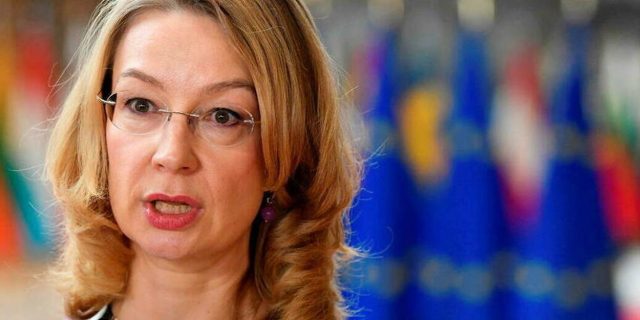 EAs a result of Russia’s invasion of Ukraine, Finland would seriously consider applying to join the Alliance, Finnish Minister for European Affairs Tytti Tuppurainen has revealed. “It is very likely but the decision has not yet been taken,” said the minister on the British channel Sky News while Russian diplomacy warned Helsinki, and Stockholm, that such a measure would have consequences for these countries and European security.

On Wednesday, during a trip to Sweden, which is also considering membership, the head of the Finnish government Sanna Marin had indicated that the choice of a candidate would be taken “within a few weeks”, after a parliamentary debate. For the Nordic country, which has a 1,300 kilometer border with Russia, joining the 30-member US-led alliance would provide “significantly greater” deterrence against an attack from its neighbour, noted the ” white paper” on the subject, made public two days ago.

Read:  Interview with Putin on the crisis in Ukraine: Macron wants to "avoid war"

“The Finns seem to have made up their mind and there is already a huge majority in favor of joining NATO,” said Ms Tuppurainen. Indeed, support for membership, which had stagnated around 20-25% for decades in Finland, has almost tripled, to over 60% or even 70%. In Parliament too, a clear majority is emerging. Among the deputies who have already made their position known, one hundred out of two hundred are in favor of joining and only twelve are against, according to local media reports.

“Being a member of NATO cannot strengthen their national security. De facto, (Finland and Sweden) will be NATO’s front line,” Russian Foreign Ministry spokeswoman Maria Zakharova said in a statement on Friday. Already the day before, the former Russian president and current number two of the Russian Security Council Dmitry Medvedev affirmed that if Finland or Sweden joined NATO, Russia would reinforce its military means, in particular nuclear, in the Baltic Sea and near of Scandinavia.

Read:  European regulator authorizes Moderna vaccine for ages 6 and up