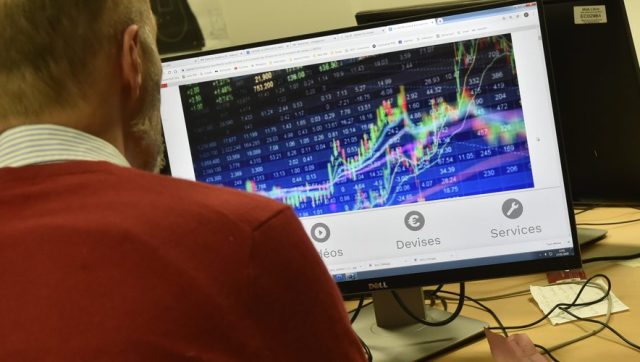 The International Monetary Fund (IMF) on Tuesday (April 19th) announced that it had cut its forecast for global growth due to the direct impact and fallout from the war in Ukraine, and it warned that inflation now posed “a clear danger and very present” for many countries.

The conflict between Russia and Ukraine is dampening economic activity and fueling higher prices, the organization says in the latest edition of its Global Economic Outlook, noting that its new forecast is subject to “unusually high uncertainty”. .

New sanctions targeting the Russian energy sector, a widening of the armed conflict, a more marked deceleration than anticipated in China or even a resurgence of the pandemic could accentuate the global slowdown while amplifying inflationadds the IMF, stressing that soaring prices threaten to trigger social unrest in emerging and developing countries.

The Fund now expects global growth of 3.6% in 2022 as in 2023, 0.8 percentage points lower than forecast in January for this year and 0.2 points lower for next year, due to the direct impact of the war on the economies of Ukraine and Russia, and its spillover effects on the rest of the world. Medium-term growth should slow to around 3.3%, against 4.1% on average over the period 2004-2013.

“The outlook for the global economy has been severely affected, largely because of Russia’s invasion of Ukraine,” IMF chief economist Pierre-Olivier Gourinchas wrote in a blog post released Tuesday along with the new forecast.

Read:  Emmanuel Macron, a chief diplomat in the Ukraine crisis

The war, which Moscow continues to present as a “special military operation”, has caused one of the worst humanitarian crises in recent decades with five million people displaced, the IMF points out. Both Ukraine and Russia are expected to experience a sharp contraction in their economy and growth in the European Union is expected to be cut by 1.1 points this year and 0.3 points next year compared to January forecasts.

“The war adds to the series of supply shocks that have hit the global economy in recent years.. Like seismic waves, its effects will spread deep and far, through commodity markets, international trade and financial relations,” explains Pierre-Olivier Gourinchas. Russian-origin natural and metals, as well as wheat and corn produced in Russia and Ukraine, has already caused a sharp rise in the prices of these products worldwide.

The IMF has cut its medium-term forecasts for all major regions except net exporters of commodities, which are benefiting from higher prices. Advanced economies will need more time to recover to pre-pandemic levels of activity and divergence with developing economies will persist, raising fears of “permanent scars” from the coronavirus crisis, it adds -he.

“Inflation has become a clear and present danger for many countries”

Inflation, fueled by rising commodity prices and widespread price pressures, is expected to remain high for longer than expected, the IMF said, stressing that the situation could worsen if imbalances between supply and demand is growing. For 2022, he expects inflation of 5.7% in advanced economies and 8.7% in emerging and developing economies, respectively 1.8 points and 2.8 points more than in January. “Inflation has become a clear and very present danger for many countries”, writes Pierre-Olivier Gourinchas.

Even though the US Federal Reserve and many other central banks have already begun to tighten monetary policy, the consequences of the war are exacerbating inflationary pressures, he explains. The IMF thus evokes a risk of “unanchoring” inflation expectations, a phenomenon that threatens the credibility of central banks and could therefore push them to accelerate monetary tightening, which would penalize emerging countries.

The conflict in Ukraine has also heightened the risk of a lasting fragmentation of the global economy between geopolitical blocks separated by technological standards, payment systems or even different reserve currencies. “Such a ‘tectonic shift’ would cause long-term losses of efficiency, it would increase volatility and would constitute a major challenge for the framework of rules that has governed international and economic relations for 75 years,” said Pierre-Olivier Gourinchas.