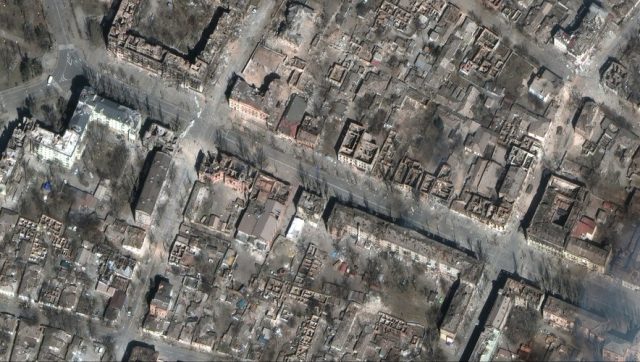 The town hall of Mariupol accused this Wednesday, March 30, the Russian soldiers of having evacuated by force and “against their will” patients and staff of a maternity hospital. The city, located in eastern Ukraine, has been under military blockade for several weeks.

The town hall of Mariupol, a Ukrainian port city under Russian blockade for several weeks, denounced this Wednesday, March 30 a forced evacuation of a maternity hospital by Russian troops. The soldiers reportedly drove patients and medical staff to Russia. This information is difficult to verify, since there are no more journalists left in Mariupol.

Accusations from the mayor of Mariupol

“More than 70 people, women and medical personnel, were forcibly taken away by the occupants of maternity hospital No. 2 in the left bank district,” said a statement from the town hall broadcast on the Telegram platform. Also according to the town hall, 20,000 inhabitants of this city located in eastern Ukraine, on the shores of the Sea of ​​Azov, were evacuated “against their will” to cities located in Russia.

Last March, the images of the bombardment of another maternity hospital in Mariupol deeply marked Western public opinion. And the situation in the city is of great concern to humanitarian associations. About 160,000 civilians are still stuck there, under Russian blockade.