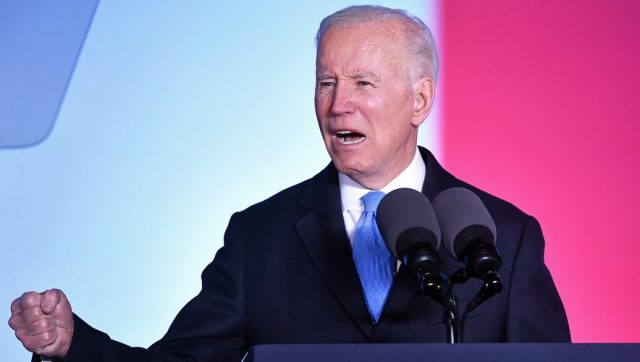 In his editorial for this Monday, March 28, Paul Caraci, secretary general of the editorial staff, returns to Joe Biden’s charge against Vladimir Putin during his trip to Poland.

Between America and Europe, Joe Biden is digging the abyss. The insulting declarations of the tenant of the White House towards the head of the Kremlin still distance the Old Continent from peace, like thousands of families and children from a less gloomy future.

This is not the substantive issue, as Putin is already unanimous against him. Nor that of a cowardice to say without fear what everyone thinks. It is just an attribute of civilized societies – precisely where the rule of the strongest no longer prevails – which is called diplomacy. It saves lives. Thousands of lives.

Biden, buccaneer of ambassadors’ dinners, would he have forgotten it? But blowing on the embers of NATO, the secular arm of the United States for European affairs, does not cost Uncle Sam dearly.

Let’s not corner the Russian bear like warmongers playing with… nuclear fire. How much will Europeans, Slavs, Saxons, Mediterraneans of all persuasions, pay for the drift of arrogant chatter?