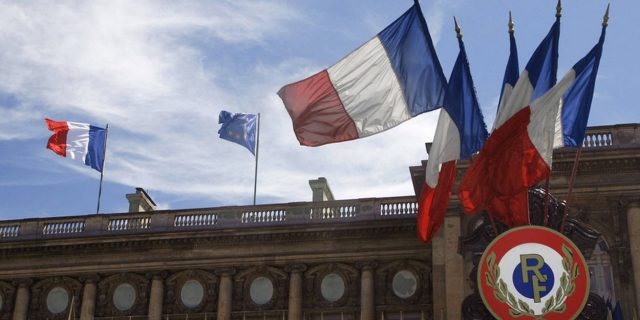 FFaced with the heightened tensions in Ukraine, the Quai d’Orsay appeals to the responsibility of its fellow citizens present in the country. France now recommends to all its nationals to “leave without delay” Ukraine and formally advises them not to travel to the border areas in the north and east of the country, the most exposed to the risk of war, in a press release published on Wednesday evening.

“In the context of the heightened tensions created by the concentration of Russian troops on the borders of Ukraine, by the Russian decision to recognize the independence of the provinces of Donetsk and Luhansk and in view of the establishment of the state of “emergency decided today by the Ukrainian Parliament, French nationals in Ukraine must leave this country without delay”, according to the latest travel advice published by the Ministry of Foreign Affairs.

“It is also not recommended to travel to Ukraine until further notice. Any travel to the border areas in the north and east of the country is formally discouraged”, according to the text. On Saturday, French diplomacy “recommended to all French nationals whose stay in Ukraine has no compelling reason to leave the country”. Ukraine has also been classified in the red zone by the Quai d’Orsay.

“Our embassy remains hard at work in Kiev to continue its work with the Ukrainian authorities,” the spokesperson for the Ministry of Foreign Affairs said Wednesday evening in a statement sent to Agence France Presse.

Read:  Doctor Strange, Black Panther… the 2022 calendar of Marvel releases on Disney+ and in cinemas

“We are in contact with all our nationals through a systematic campaign of calls,” she said. “Our 18 observers from the OSCE (Organization for Security and Cooperation in Europe, editor’s note) continue their work. We are also in daily contact with them,” the spokesperson added.